People who’ve used a Samsung Galaxy S4 or an iPhone might miss the quick and simple ways to silence those phones now if they switch to using the HTC One. Here are some quick tips that mute the HTC One quickly.

The Galaxy S4 offers a quick mute function in two locations. The user can hold down the power button and a window pops up with a  few options. One of them lets the user turn off sound and put the phone in either totally silent mode or in vibrate mode with one tap. Users could also access sound controls quickly by swiping down from the top of the screen. A software button in the top of the notification area mutes the phone. The iPhone uses a physical switch, the best option of all, but not available on the HTC One.

The HTC One offers a couple of built-in ways to mute the phone and we’ll show users how to use them, but we also offer three other options. Use one or more of these options to keep from annoying others at a meeting, movie or meal.

Mute Using the Down Volume Button 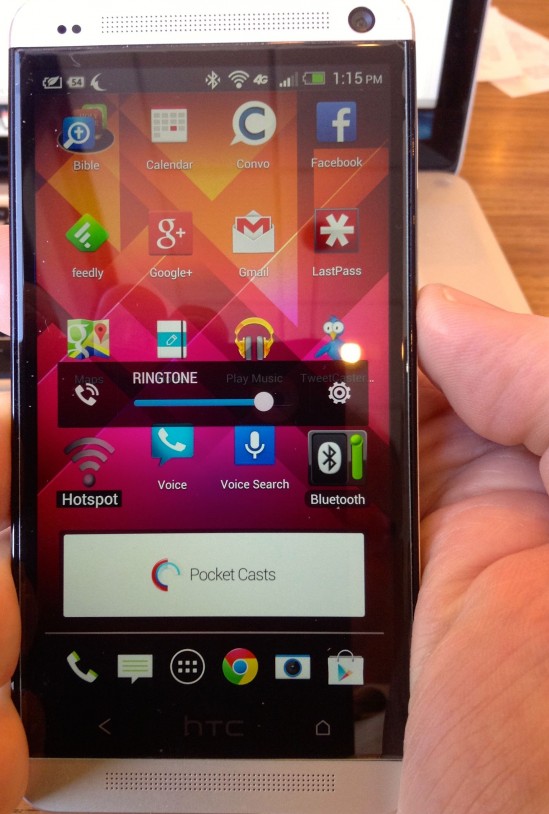 Pressing and holding the volume down button on the right side of the HTC One will mute the ringer. This turns off most notifications, but it won’t mute everything like media audio or alarms. Tap on the setting icon and three volume sliders appear. The one for call volume and two more for media audio and alarms. 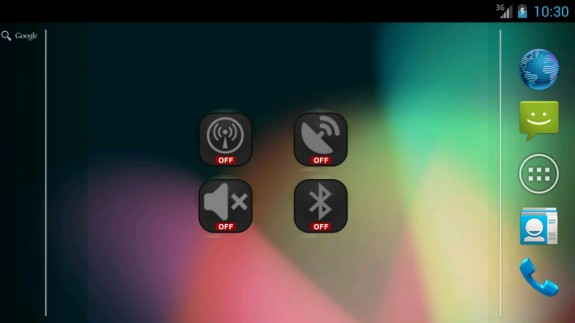 Install the popular Mute OnOff Toggle Widget, a great tool to mute all volume with one tap, so long as the screen’s turned on. Tap the widget installed to the home screen. It toggles the volume between on and off, controlling all phone volume. Using the widget still takes thee actions from a phone that’s asleep. The user presses the power button, unlocks the phone and then taps the widget.

NFC Tags take advantage of the NFC chip in the HTC One and other Android devices and mutes the HTC One volume faster than any other method. However, the user must buy the tags, install an app that programs the tag, then program it and put it in a convenient spot.

Tags will store a small amount of data on ultra low voltage circuitry and memory that takes its power from the NFC chip in the HTC One. Tags come in the form of stickers, key chains and more. The user must place it in a convenient spot and tap the phone to the tag. Tags can do more than change volume. We used one to tweet the start of church services so followers could watch our live stream.

Turn Off the HTC One 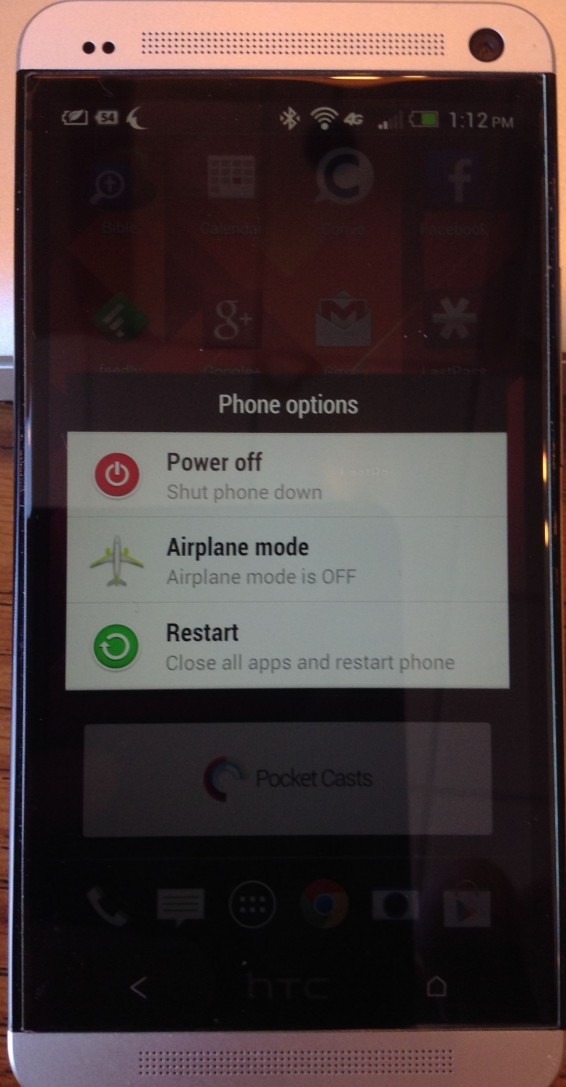 Here’s the easiest way to make sure the phone never bothers anyone during a meeting, movie or meal: unlock the phone and then turn off the phone by holding the power switch for a few seconds. A menu pops up offering to “Power off” the phone, put it into “Airplane mode” or to “Restart” the phone. Choose the first one to shut the phone down.

Powering off silences the phone, but also means it’s unusable till you power it on again. So we recommend one of the above options, using this one as a last resort.