The leather-clad LG G4 is still one of the best when it comes to buying an Android smartphone. It has tons to offer, custom leather backs, a micro-SD slot and a great camera. However, the LG G4 is a smartphone users probably shouldn’t buy right now, and below we’ll explain why.

Now that we’re a few months into 2016 users will have a lot of great options coming up soon. In fact, this year phones will be released faster than any year in the recent past. From the Galaxy S7, LG G5, iPhone 7 and more. That isn’t all though, there are multiple things to consider before buying a soon-to-be outdated phone, and we have some thoughts and advice below.

The LG G4 is still relatively new. It was only released in June and is barely 9 months old. Typically phones have at least a one year release cycle, but this year LG is speeding things up to take on Samsung and Apple. Here’s why you shouldn’t buy the impressive LG G4 right now. 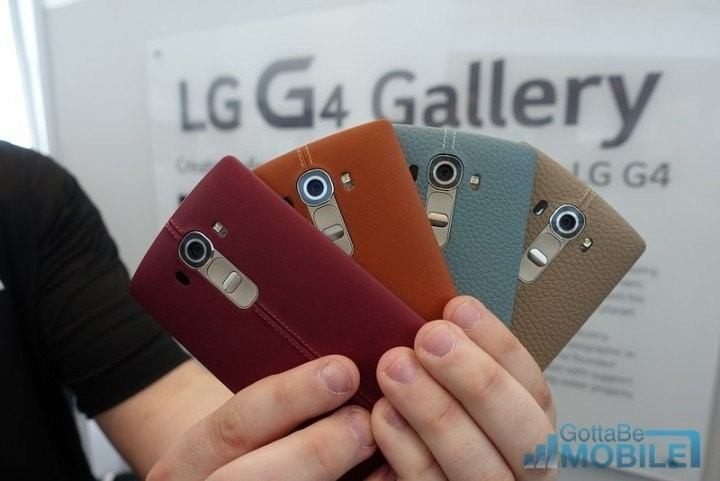 While the LG G4 or V10 are both great phones we’d highly recommend anyone own, below are the five reasons we think waiting a little bit longer to see what’s on the horizon is the right choice.

The LG G4 is still an excellent phone, and for those with a G3 or another phone looking to get one, wait for the LG G5 instead. It will offer many of the same great features of the G4, but be better in every single way.

Multiple leaks, rumors, and official posts by LG themselves have confirmed the new LG G5 will be announced next week, on February 21st.

To make things even more exciting, this week multiple photos of what appears to be the LG G5 have leaked. It looks like the LG G4 and Google’s LG-made Nexus 5X, but with an all-metal design, two cameras on the back, and tons of impressive features. Take a look below. 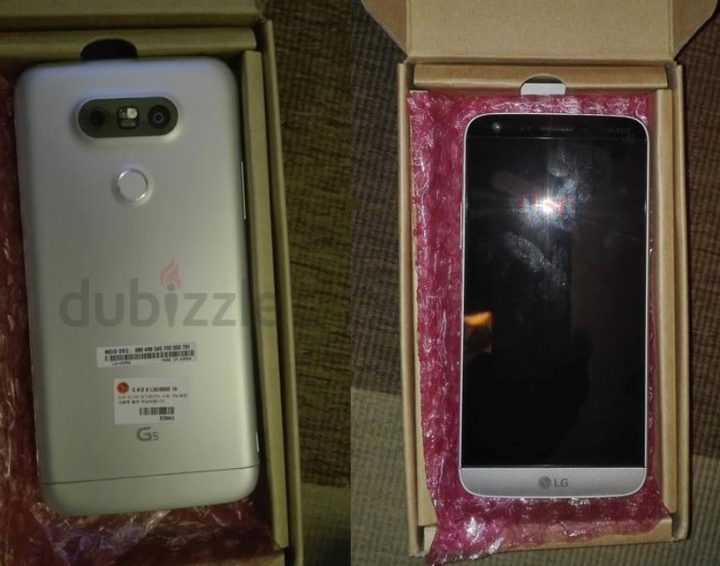 The new LG G5 should have the same 5.5-inch 2560 x 1440 Quad-HD display, a powerful 8-core Snapdragon 820 processor with 4GB of RAM. Then we’re hearing it will have an all metal design, two cameras on the back, an improved wide-angle front facing camera for better selfies, a removable 3,000 or bigger battery (with wireless charging) and a micro-SD slot. LG is finally taking the fight to Samsung, and this year the LG G5 should be their best smartphone ever released.

The LG G5 will have a fingerprint scanner on back similar to the Nexus 5X, a better design, a slimmer and faster version of Android 6.0.1 Marshmallow, and we’re hearing it will be released in the United States on all carriers before the end of March. Meaning we have about a month to go. It should be worth the wait.

While many Samsung or LG users stick only to Android, many try out the competition. Especially now that Apple’s increased its phones to 4.7 and 5.5-inches with the iPhone lineup. The iPhone 7 is expected to feature the first redesign in two years, among many other things.

If rumors are right this could be another big year for Apple. Talks of removing the headphone jack and blending it into the lightning cable for a thinner overall design. Dual cameras on back for better photos, wireless charging and a bigger battery, water-resistant or water-proof features, 256GB of storage as an option, more RAM for better performance and maybe even the return of the Budget iPhone 7c. Although rumors are calling it the iPhone 5se — special edition.

The iPhone 7 isn’t expected to be here until September, as usual, but a few reports are hopeful of an earlier release near the end of summer. Still, it’s one to think about.

Multiple different reports and rumors have been arriving at an alarming pace suggesting the Galaxy S7 will be announced on February 21st, and released within 10 days of the unveiling. Meaning it’s coming really soon, and ahead of the LG G5. Last year the Galaxy S6 was announced in March at Mobile World Congress and hit the market in the US on April 10th. 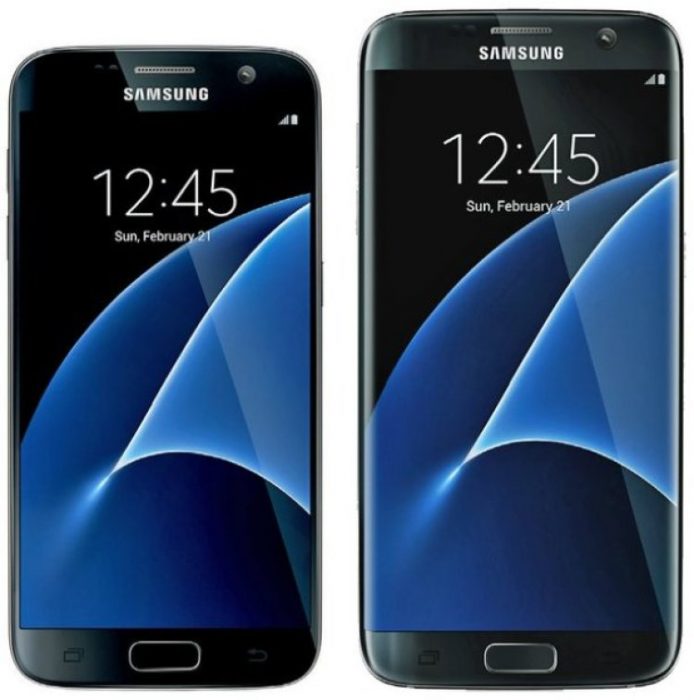 If rumors pan out the Galaxy S7 and Galaxy S7 Edge will look very similar to the well-designed Galaxy S6, but be better in every aspect. Featuring the same 5.1-inch display, and a curved 5.5-inch screen on the bigger edge variant. We’re hearing it will have a fingerprint scanner and an Iris eye scanner for better security, launch with Android 6.0 Marshmallow, have a faster processor with 4GB of RAM and more.

The exciting bits are the return of a micro-SD card so buyers can expand storage as they see fit. On top of the addition of an IP67 dust and water-resistance, a bigger 3,000 mAh battery (3,600 on S7 Edge) a better camera, faster charging, improved software and more. Basically similar on the outside, only better faster and longer lasting for nearly the same price. This could be the perfect phone over the LG G4, mainly because Samsung returned the micro-SD card.

In previous years HTC wasn’t able to keep anything a secret. We knew everything about the HTC One M9 that debuted around the same time as the Galaxy S6 weeks or months before it was released. This year though, things have been mostly a secret, except for a few details and the photo below.

We’re hearing it won’t be called the HTC One M10 or anything weird like previous years, be completely redesigned to actually take on Samsung, Apple, LG and others, and be the best phone the company has released in some time. Many had high hopes for the HTC One M9 and were let down. 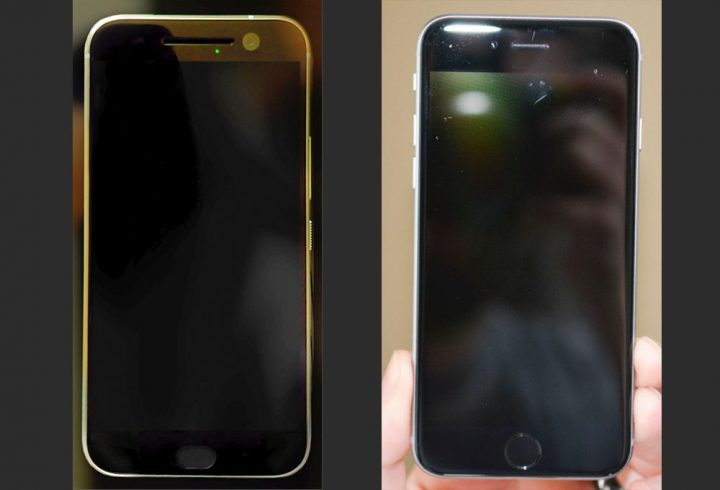 Late last year the HTC One A9 arrived as an all metal premium phone, and had similarities to the iPhone 6 design and Galaxy S6 fingerprint scanner. We could see something better stem from that and be the flagship this year. Think a single aluminum unibody design, improved internals, better camera and battery life, a fingerprint scanner, a single front facing speaker and more in a sleeker, faster, completely re-designed HTC device. That’s the rumor at least.

We’re hearing the HTC One for 2016 will be announced in March after Mobile World Congress ends, so HTC has their own stage to unveil the phone. However, some reports are claiming a late April or even May release date. Meaning this will be the latest HTC One release in over two years.

And our fifth and final reason not to get the LG G4 right now, is actually multiple reasons. There’s a bigger 5.5 Galaxy S7 Edge we’re hearing will be released with the Galaxy S7. Google’s own Nexus 6P is only $499 and offers all the latest cutting edge technology already, more than the LG G4.

At the same time we could see big price drops on multiple other phones from 2015 as well. Once the G5 arrives we could see big discounts on the LG G4. The Galaxy S6 or Note 5 could get lowered. Or if we’re pushing things,  even the Note 6 in July or August could be a good alternative. Google’s Nexus 5X is a great phone at $349 that rivals the LG G4, and it was actually made by LG. Not to mention Motorola’s Moto X Pure Edition, or whatever comes in 2016.

We’d suggest users that are debating the LG G4 right now just give it a month. Wait for February to come to a close, the dust to settle, and have a clearer picture of future phones, discounted devices more. The LG G4 may still be the perfect phone for you with the leather design, micro-SD and great camera, but at a much lower price. Or something in 2016 may completely change your mind about another company, direct you to the LG G5, or something else all together. Either way, stay tuned for a few more weeks to see everything on the horizon.