In September, Apple pushed out its brand new iOS 8.0 update for iPhone, iPad and iPod touch. Since that day, Apple’s released a number of iOS 8 updates aimed at curbing the problems that iOS 8.0 delivered to iPhone and iPad users. iOS 8.0.1, iOS 8.0.2 and iOS 8.1 all arrived with bug fixes on board though, as we’ve pointed out, all three delivered some problems of their own.

In an effort to squash those bugs, Apple’s delivered iOS 8.1.1, an update whose sole purpose it is to deliver bug fixes and performance improvements. The update’s release comes a few weeks after Apple put the iOS 8.1.1 update inside of its beta program for developers. Apple, it seems, didn’t want to take any chances after the debacle that was iOS 8.0.1.

While we can’t decide for you, we can help steer you in the right direction. Today, we want to take a look at some reasons why might want to install the iOS 8.1.1 update right this very minute on your iPhone, iPad or iPod touch. If you meet any of the criteria here, you might want to think about making the jump to Apple’s latest and greatest.

We’ve spent some quality time with Apple’s latest iOS 8 update and thus far, we haven’t run into any significant problems with the update. In a few words, iOS 8.1.1 feels safe and that’s exactly what you want from an incremental update whose sole purpose is to build on the foundation of the last major bug fix update. In this case, iOS 8.1.

If you don’t care about the potential for minor issues or if you’re already on iOS 8.1 right now, you might want to think about installing the iOS 8.1.1 update right now. If you need a little more depth, have a look at our iOS 8.1.1 impressions:

It looks like the iOS 8.1.1 frees up storage space on the iPad and perhaps, the iPhone as well. From what we can tell, the iOS 8.1.1 update seems to add about 500MB of storage space on the iPad and around the same amount on the iPhone. We’ve heard from several other iPad and iPhone users who are experiencing the same thing. It’s not clear how or why Apple did this but there’s no reason to complain. 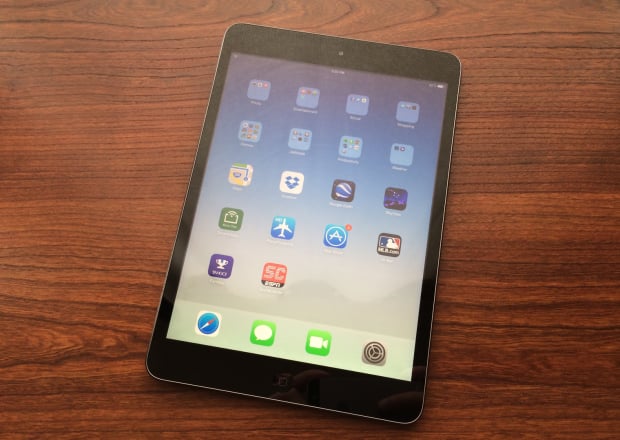 This is going to be huge for those of you with 16GB iPhones and iPads and those of you with larger models that are running out of space. 500MB is a ton of free space and it will provide you with some more breathing room. If you’re struggling with the amount of internal storage on your device, iOS 8.1.1 is probably worth installing right now.

If you are dealing with performance issues on your iPhone 4s or iPad 2, iOS 8.1.1 is going to be an update worth upgrading to, even if there is only a potential for noticeable changes. Anything to improve upon two devices that are growing quite old but remain in the hands on many Apple iPhone and iPad users around the world.

iOS 8.1.1 also comes with bug fixes for iOS problems. Apple doesn’t list the bug fixes on board the update but we’ve noticed one crucial fix that’s helped stabilize the software on board the iPhone 6 and iPhone 6 Plus.

In iOS 8.0 and iOS 8.1, both the iPhone 6 and iPhone 6 Plus would occasionally get stuck in landscape mode when trying to shift back to portrait mode. The issue wasn’t a game changer but it was annoying nonetheless. With iOS 8.1.1 on board, we haven’t seen either device get stuck in landscape mode. This is an issue that happened more than a few times a day so if it were still around, we’d have noticed it by now.

iOS 8.1.1 has the potential to fix a number of other iOS 8 problems as well so if you’re struggling on iOS 8.1 or below, you’d be wise to get this upgrade right now in an attempt to alleviate your issues. You don’t have much to lose.

We’ve outlined some key steps to take before installing the iOS 8.1.1 update. If you’ve already taken all of these steps, and your device is primed and ready to go, it’s probably worth making the move. Again, iOS 8.1.1 appears to be the most stable iOS 8 update of all.