The Guardian recently revealed that a top secret government program was collecting metadata from Verizon as a way to link terrorists to each other. This collection is without oversight and does not target any particular individual. It also includes metadata of United States citizens call data. Then it was revealed that all the phone carriers in the United States were being monitored, as well as many of the top Internet companies. Regardless of whether or not the government is actually reading your data and listening to your phone calls (President Obama claims they are not), it is probably a good time to talk about different ways to secure your personal data online. A Virtual Private Network, or VPN, may be the right solution for many people who are privacy concerned. 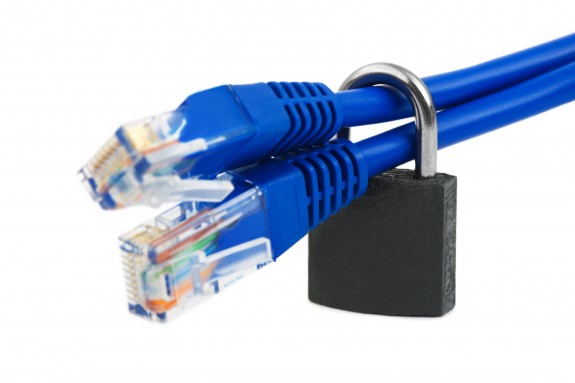 VPNs are typically used to keep two different offices of the same company connected. Both offices can share files and resources securely. The connection is encrypted, making it next to impossible to see the data. VPNs have since expanded to cover remote users who may be using insecure connections, such as home connections and hotel networks. Here is a video describing basic VPN use.

There are many VPN services out there, such as LogMeIn’s Hamachi service and a service from proXPN. Both services allow a user to setup a VPN account for free, but target two different types of users. Hamachi is designed to securely link multiple machines and networks together to share data. proXPN is designed to allow someone to securely access the Internet regardless of where they are. Here is a promotional video on proXPN.

While the average user who cares about security might not want to use Hamachi, they definitely want to use a service like proXPN. Here are five great reasons why you may want to use a VPN on both your mobile device and computer.

Encrypted Data Anywhere with a VPN

When a user connects to a bank website on a public wireless network, the connection to that server is often encrypted. If a hacker was sitting in the same coffee shop as the user, that person would not be able to see the banking data. But if that same user was sending an email, the hacker would be able to read that email and all of the contents, because email is not sent encrypted.

When using a VPN every bit of data that leaves the device is sent securely to a server somewhere else in the world. Upon leaving that server the data is decrypted (unless the user is accessing a secure site, like a bank) and sent on its way to the appropriate destination. When the data is returned from the destination, it is sent back the way it came, and is encrypted once it passes through the VPN server back to the user.

No, it does completely secure the data for the entire trip, but it can secure it through the most insecure parts of the trip. proXPN and other services even offer exit points in different countries. If the user has the exit point of London, but is in the United States, the United States government would not be able to decrypt the data even if it were to obtain it. The only way they could conceivably see what the user was doing is if the user was visiting a website in the United States and the government obtained the server information from them.

Be As Anonymous as You Want to Be with a VPN

Using a VPN improves your anonymity online substantially. The user connects to a server and the data is encrypted. If the Internet Service Provider of the user was to look at their logs, it would only show the destination as the VPN, and not where the person actually went online. The only way the government could see where the user went online would be to attempt to locate their access on the destination sites, or access the server logs of the VPN. If the VPN the user was connected to was out of the country, that would be virtually impossible.

If the user is a researcher searching a controversial topic, or a dissident looking to stay safe posting data, a VPN is a great way to do that.

Avoid Monitoring and Filtering with a VPN

Perhaps the user is an IT pro who does work in schools, but needs to be able to access Facebook. If the school’s monitoring software blocks Facebook, that would be a problem. With a VPN that is not an issue. Most VPNs bypass filtering and monitoring software.

Maybe the user is going to visit China or some location that actively monitors Internet traffic. A VPN would help prevent that from occurring.

Avoid the ISP “6 Strike” Rule with a VPN

Since VPNs are encrypted, and often pass through a server that is a bit of a distance away, the speeds may not be as good as a high-speed home connection. However, since the ISP is unable to see the content of the traffic, anything passing through the VPN would be unreadable by the ISP. This means if the user is using BitTorrent the ISP would not know, even with deep packet inspection.

For fans of television shows like Sherlock and Top Gear in the United States, they often have to wait months after the shows air in Great Britain before they are shown to American audiences. Maybe there is a show that is only shown somewhere else in the world and the user wants to be able to watch it. This overview that aired on Australlian television explains this is simple English.

For a user of a VPN like proXPN, the user can select London as the exit point. Now, that user’s connection appears to be originating from London, meaning that the BBC iPlayer is now freely available for that user to use.

The same would apply to various iTunes stores and other services that are regionally restricted.

A VPN is not a perfect solution to the problem of government spying, but it is a great start. Depending on the encryption level, even if the government (or other monitoring agency) were to get ahold of the data, it would take them years to access it. For the average user who does not want to be monitored, this level of protection is excellent. It is unlikely the government would spend decades trying to read the data of someone who is not a suspect in some criminal enterprise. But for those concerned, they should be running a VPN.