There are thousands, if not millions, of smartphone accessories in the world for iPhones, Androids, BlackBerry, even Windows Phone. Naturally, some of these will be useful and awesome and others will be kind of meh.

But some accessories are so bad that it makes you question whether we deserve the end of the world the Mayans predicted.

We’ve run across several accessories of this caliber lately. Perhaps you have as well on late night cable channels…

The thing about the Feinger is that it’s not a completely unworkable idea, though I really don’t see the need to keep my phone attached to my hand while I rock climb. The biggest problem I see is that you’re supposed to attach that knuckle thing directly to the back of your phone permanently. As in forever. The adhesive has to be strong enough to hold it, and I can’t image how hard it would be to pry it off or how much damage it would cause. Resell value = $0. Maybe if it worked on cases… maybe. 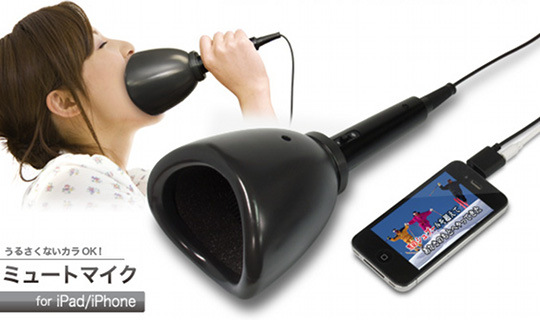 Yes, that is a microphone inside what looks like a toilet plunger. And yes, it plugs into an iPhone. Why? Well, if you spent hours and hours playing the Segakara karaoke game you’d know. With this handy device you can sing your heart out and get the high score without disturbing people around you. Get on the bus and belt your heart out! No one will hear you. They might get off a stop or two early, looking back in horror, but whatever. High scores rule!

Read More: In Karaoke, No One Can Hear You Scream (If You Have This Noiseless iPhone Mic)

The GoJo does solve an actual problem for cell phone users, except in doing so it makes you look like a complete tool. Seriously. There is no way I could ever wear something like this unless barricaded in my bedroom with blackout curtains and no mirrors. Also, the idea that a Bluetooth headset isn’t hands-free because you still have to hold the phone is only true in a world without pockets. This isn’t yet the time of Star Trek, so I’m pretty sure we’re safe from that nightmare scenario. 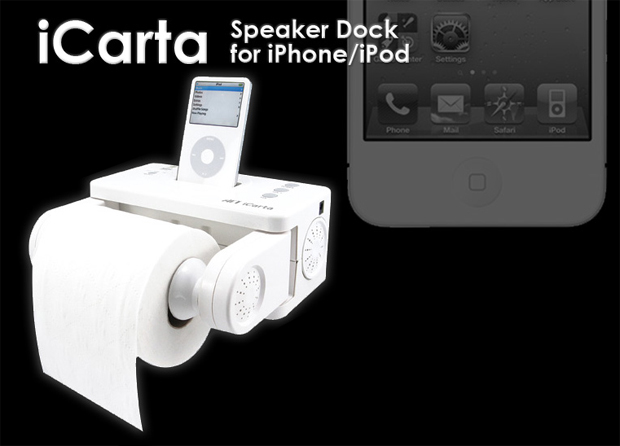 I don’t think this product is sold, anymore, and that’s probably for the best. Sure, people are forever using their smartphones in the bathroom, but do they really need the ultimate in sound quality at that moment? 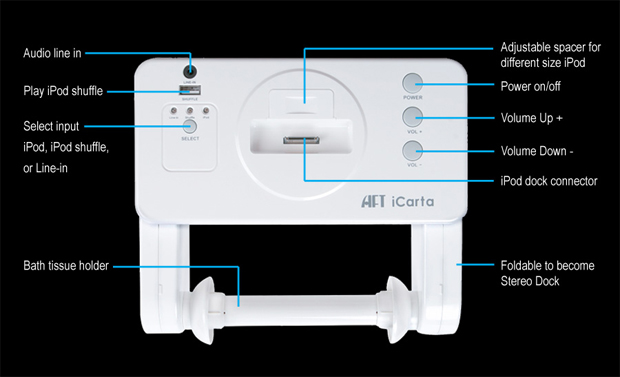 This thing is completely serious about itself, too. The specs page boasts 2 x tweeters for highs and 2 x woofers for lows. It also has multiple inputs so as to not leave people with MP3 players and Android phones out of the fun. If I ever see one of these in a bathroom at someone’s house I am taking it as a cue to leave and to be extra judgmental.

Here’s another accessory that tries to address an actual problem with a ridiculous solution. Yes, it would be nice to watch video on my smartphone while out in the sun or without disturbing my partner in the bed next to me or while in the office, but TV Hat is not the answer. I don’t even mean in the “I would never wear this, ever” sense, but in the “It doesn’t work” sense. The iPhone 4 and 4S don’t fit in the little pouch, though the 3G and iPod touch do. Forget anything with a 4-inch display. Also, the flip down magnifier just distorts everything instead of enhancing it.

What’s the most ridiculous smartphone accessory you’ve ever seen?