The Samsung Galaxy S4 and the Galaxy S4 Active are among some of the hottest phones on the market today with some minor differences separating the two devices. Readers have been asking us which device to get if they’re interested in a powerful Samsung Android smartphone, and hopefully we can guide you to making a better decision when it’s time to upgrade.

The network should be an important factor when making an upgrade decision. The Galaxy S4 is available on all the major national networks in the U.S. while the waterproof Active variant is an AT&T exclusive. That’s not necessarily a bad thing, though, as AT&T had made tremendous progress in improving its image since the iPhone debuted in 2007. Gone are the days of dropped calls and sluggish data speeds, the Rethink Possible network is noted for having the best in class network performance–call performance, text delivery, and data speeds–in many major markets, and where LTE isn’t available, AT&T’s 4G HSPA+ network is still sufficient for many tasks, including streaming videos. 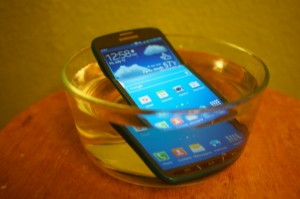 Users who travel or live in more remote areas and want 4G LTE connectivity may want to look at Verizon Wireless, which has the most robust LTE footprint of any carrier at this time. Verizon’s speeds are a bit slower than LTE. And if you’re looking at value, Sprint and T-Mobile are the last remaining carriers to offer unlimited data packages. Again, with all three of these carriers, you won’t have the Active as an option.

On paper, the Galaxy S4, which we’ll refer to as the GS4 here on out, and the Galaxy S4 Active–we’ll call this simply as the Active–appear very similar. Both devices sport a quad-core Snapdragon 600 processor with 2 GB of RAM and 16 GB of storage. What that means to the user is fast, fluid performance and no hiccups when you’re trying to multitask. 16 GB of storage plus a micro SD card slot means you can add to the phone and it will grow with your storage needs in the future if you purchase an optional expandable memory card. Both phones also have a 5-inch display that has the same 1080p full HD resolution as your big screen TV in your living room, equating to an insanely sharp display. 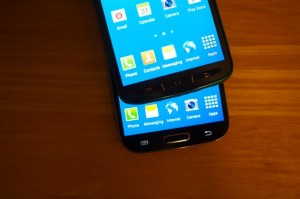 There are some nuanced differences, however. The Active is slightly taller, wider, and thicker than the GS4 to accommodate the watersealing to make it waterproof. There’s also a small flap over the micro USB port, which needs to be covered when you’re around water. In theory, it sounds like a minor difference, but in reality it’s something that you’ll have to deal with every day and can amount to a minor nuisance as you’ll have to remove the rubber flap every time you charge the phone, and then replace the flap when you unplug the phone from the charger.

In terms of battery life, I find that the GS4 fared slightly better than the Active despite both devices sharing the same battery. A big reason for that is that the GS4 uses an AMOLED display, which is a bit more energy efficient than the LCD panel on the Active.

And speaking of screens, though both displays bear the same size and resolution, the HD Super AMOLED panel on the GS4 looks better, in my opinion, when compared with the LCD on the Active. The Active’s screen is no slouch, but when placed against the GS4’s display, colors looked a bit more washed out and the viewing angles weren’t quite as good as the AMOLED-based panel. 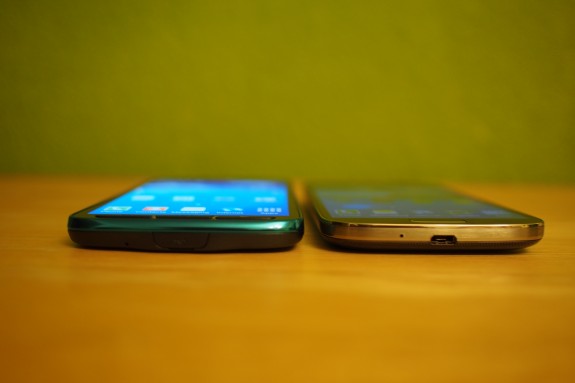 Lastly, another big hardware difference is that the Active has a slimmed down 8-megapixel camera, likely the same kind as was available on the Galaxy S3, while the Galaxy S4 has an improved 13-megapixel sensor. In day shots, you’d likely not notice much difference, but the Galaxy S4 does retain more details thanks to the higher megapixel count.

Where the Active shines is its ability to go in water. As its name implies, it can withstand water, spills, and sweat from your active lifestyle. Coupled with the S Health app (also on the GS4), the Active can accompany you equally well to business meetings or on your next jog. It will feel right at home on a kayaking adventure as it will on the sandy beaches in the summer.

Users should choose the Active if they want to have a smartphone with them whenever, wherever–at the pool, beach, or in the ocean on a snorkel adventure. Not only that, but conservative users who would normally select the GS4 should also seriously take a look at the Active as the phone can withstand spills–it’s safe against water, coffee, juices, soda, or even the mayo that’s dripping from your sandwich at lunch.

The one downside with the Active is the color. Conservative business users who normally go for the GS4 have more conservative hues of black or white to choose from whereas the bright, summer teal blue on the Active may not make the phone feel at home in the boardroom. Regardless, this is a minor quibble as its a personal preference. 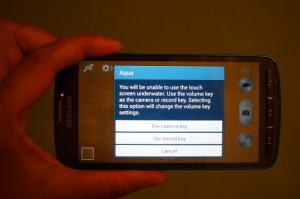 As smartphones have become a ubiquitous part of our lives, consumers are relying more on their mobile as an always-ready camera. From selfies to vacation photos to preserving your child’s fast growing years, the camera on a smartphone allows us to document, archive, and share our life’s history.

Other than the megapixel difference between the GS4 and the Active, the main difference with both phones is that you can take the Active everywhere with you, even in wet and humid conditions. You can continue to Instagram photos at the pool, share pictures to Facebook while paddleboarding in the ocean, or record a video of your surfing adventure. And for active Active users, the value here is that you have your phone with you too, in case of an emergency, so you can call for help or look up first aid procedures online if you have to, thanks to the phone’s built-in 4G capabilities.

As I’ve noted in my review of the Active, all this sounds great on paper, but in reality the camera performance was mixed. If the display is wet, unlocking the screen and trying to use the touchscreen with water droplets on the 1080p display is next to impossible. This means that you’ll likely miss capturing a great moment in the water if you’re fumbling to unlock the device and then launch the camera app. Here, a dedicated waterproof or rugged point-and-shoot camera would be better, but then you don’t have access to data or the phone portion that the Active offers. There are certain quirks with the Active, but if you’re willing to make the tradeoffs, the device is an excellent one. 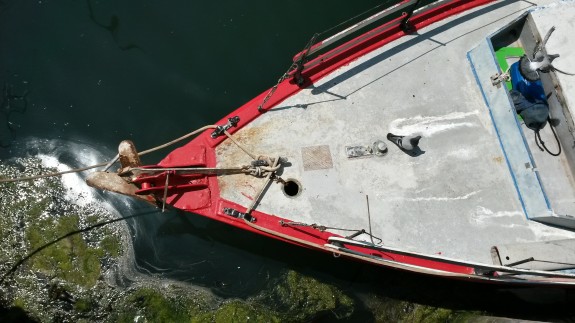 If you’re an e-reader and read in the bath tub, the Active may be a better bet since if you accidentally drop the phone in your foamy bath, the Active can survive the dunk. It’s more a great everyday phone for buttery fingers that may be more prone to dropping things than it is a phone geared for adventure-seeking types in the wet outdoors.

When choosing the Galaxy S4 Active, you should also know that popular Samsung-made accessories for the GS4 won’t be compatible. You won’t be able to use wireless charging, nor will you be able to use the Active with the new S View Flip Cover. These are just some of the concessions you’ll have to make, but at the end of the day, your phone is less likely to die because you accidentally dropped it in the sink.

In the end, if you’re a true power user who spend most of your time on dry land, the Galaxy S4 offers the best-in-class specs. If you’re a parent with a young child, or are prone to slippery fingers, the Galaxy S4 Active is the better option. With high-end specs from the Galaxy S4 and a slightly weaker camera, the Active is a superb phone that will handle spills and dunks gracefully. And if you maintain an Active lifestyle, the Active may sound appealing, but you really should test out how the device handles in wet conditions first as unlocking the screen and camera focusing capabilities while the device is wet can be challenging.