On Wednesday, Apple not only announced the new iPhone 5, but it also showed off iOS 6 and gave it a release date, September 19th. And as that release date bears down on iPhone, iPad, and iPod touch owners, we wanted to share some tips on how to best prepare yourself for the release of iOS 6.

Like iOS 5 before it, Apple is adding over 200 new features to the mix with iOS 6. Many of those features are ones that iPhone, iPad and iPod touch owners have campaigned for for awhile.

Make your iOS 6 installation easier with these quick tips.

iOS 6 also brings new features to Siri, Facebook integration, Passbook for use with airline tickets, coupons and more, as well as FaceTime Over Cellular and more functionality from the Phone app, just to name a few.

Of course, not all of those features will be coming to all of Apple’s devices so you’ll want to take a look and see what your device will be getting with iOS 6.

Additionally, iOS 6 won’t be coming for all of Apple’s devices. The free download will be coming to the iPhone 3GS, iPhone 4, and iPhone 4S, iPad 2 and new iPad and the iPod touch fourth generation.

Clean Up Your iPhone, iPad or iPod touch

Whenever Apple releases a new iOS update, I tend to use it as motivation to clean up my iPhone and iPad. With iOS 6, you should think about doing the same.

Over the past year, you’ve likely downloaded a bunch of applications that you hardly use anymore or content like music or shows that you don’t watch anymore.

These can take up a lot of space on your device and are especially problematic on device’s like 16GB variants where space is limited. 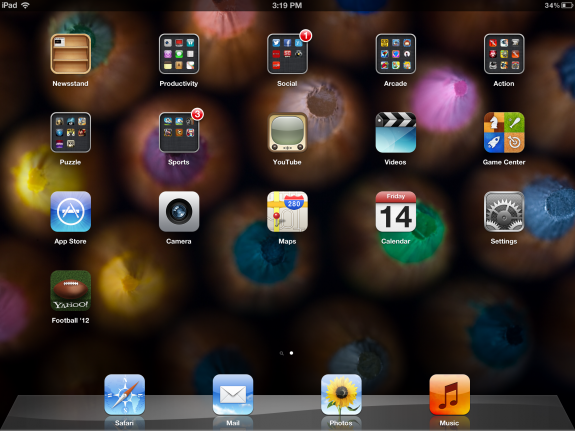 Be sure to trim your device of apps you don’t use.

So, before you download iOS 6, do a sweep through your device and get rid of aging content. Simply hold down the icon for the app, wait until it shakes, and delete it. For shows that you may have downloaded, open up the Videos application and slide your finger from left to right. This will delete the content from your device.

Before you do go ahead, you’ll want to make sure that Restrictions are disabled on the device. If they are turned on, your device may not be able to transfer purchases, backup or sync with the computer.

To do this head into Settings > General > Restrictions on your device and make sure they are disabled otherwise you might be greeted with an error when trying to perform some of these functions.

Once you get iOS 6 up and running, you’ll be able to download all of your old applications but that process obviously is an extremely tedious one, especially for those of you who use tons of applications on your device.

After cleaning your device and deleting deadweight applications, you can easily transfer your applications to your computer which will make for a much easier transition from iOS 5 to iOS 6.

This is also an awesome opportunity to switch your device to a different computer of you prefer to use another device to sync with your iPhone, iPad or iPod touch.

I recently switched from my PC to my laptop because I have used it a lot more. Once the device is connected, and the laptop or PC is connected to Wi-Fi, iOS will back up the content to your computer.

Backing up your device is absolutely crucial before you upgrade to iOS 6. While it’s unlikely, there is a possibility that something could go wrong with the upgrade process and wouldn’t want to lose all the stuff on your device. To be safe, it’s smart to make a backup.

Make sure to backup your device before installing iOS 6.

The backup process begins after you plug your device into a computer. If it doesn’t happen automatically, you can force a backup to occur.

Simply go into iTunes, right click on your device, and select Back Up. I recently did this with my iPhone and while it takes a bit of time, it’s very worth it, especially when a new operating system is involved.

To use iOS 6, you’re going to need to download and install the latest version of iTunes. Right now, the current version is iTunes 10.7. It’s possible that Apple will release another version between now and September 19th but at the moment, iTunes 10.7 is what you want. 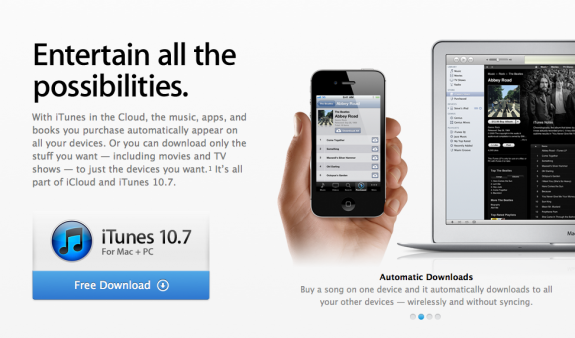 Make sure you download the latest version of iTunes before installing iOS 6.

There are two ways to get the latest version of iTunes. The first, get it through Apple’s website. There, you’ll need to download the proper version and install it on your computer.

Have Your Apple ID Handy

If you already own an iPhone, iPad or iPod touch, you have an Apple ID. When you sign into iOS 6, you’ll need to have your ID information handy including your user name and password. Your Apple ID is necessary when linking up iTunes to your iDevices.

For those that are bad at keeping track of those two items, now would be a perfect time to recover them as they will be useful when you install iOS 6.

Have your Apple ID info in hand.

You can reset your password through Apple.com and if you aren’t sure if you have an Apple ID, you can check for your Apple ID there as well.

Apple still doesn’t let users merge Apple IDs so if you have two, be ready to choose only one to connect to your iPhone 4S, new iPad or fourth-generation iPod touch.