Using dictation on the new iPad or the iPhone is a great way to speed up sending messages, composing email and even writing longer documents.

I’ve used dictation to write articles and much more for the past few weeks, and I’m surprised at how fast I can go.

Using dictation on the iPad is even better, because I can see more of what I’ve written while I am dictating.

Dictation is different from simply talking, so you’ll need to practice to get the hang of it, but I found that it is easier to stick with iOS dictation that it is on the computer. I think this is because I can dictate anywhere, not just in front of my computer.

Master Dictation On You New iPad or iPhone

In the video below, I share tips and tricks to use dictation on the new iPad and on the iPhone better. With these 5 tips, you’ll be more efficient and need to fix fewer dictation errors. 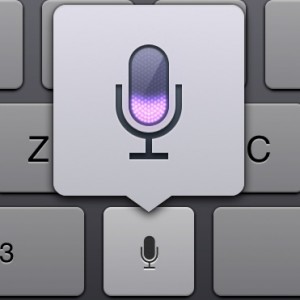 If you don’t use short quick bursts, you’ll end up rambling and adding more words than you need.

I don’t like to dictate for more than one sentence or one paragraph. This helps form a thought, get it on paper and move to the next thought.

This is also important, because Dictation can only listen for so long.

Keep in mind that you don’t have to speak quickly, or fast. You can speak slow and think of the right word to say, Dictation won’t add extra spaces or quit just because you are quiet for 2 seconds. 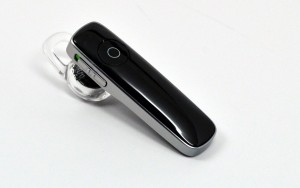 If you can, use a Bluetooth headset or the headphones that came with your iPhone.

This allows you to keep the phone or iPad on your desk instead of holding it the entire time.

Using a headset, also helps in noisy environments. Background noise and distance from the microphone are two of the biggest causes for incorrect dictation.

Dictation is a lot faster if you know the punctuation to use. Instead of pressing period or question mark on your keyboard, you just say common forms of punctuation.

You can do everything from quotes, to new paragraphs, to dashes, hyphens and more.

This handy list will show you all the punctuation you can do in Dictation for the iPad and iPhone with just your voice.

You will run into dictation errors and times when your thought process is too slow for dictation.

If dictation has trouble figuring out what you’re trying to say, it will highlight a word in blue. You can tap on this word to pick another word. This won’t always be right, but is a good way to fix common dictation errors.

How to Edit Dictated Text

If you’re sending a text message, it’s not a big deal if you have a spelling or grammar error, but if you’re writing a document, you don’t want a bunch of errors.

Dictation does pretty good with most words, but dictation fails consistently on words such as their and there or here and hear. Words that sound similar don’t always come across correctly.

In order to fix this, you need to proofread more carefully than normal. I prefer to prove each dictation session right as I go, unless I need to get ideas out very fast. This makes it easier to catch big errors that could be unintelligible when you try

to edit your document when it is completed.