Google is almost ready to show off the company’s new crown jewel in the battle against the iPhone 4S, the Galaxy Nexus.

While many of the Verizon customers who snap it up may not know this, the Nexus name might be the most important thing this phone has going for it. Google has been known to deliver fast updates to the Nexus smartphones, almost as to the degree that Apple delivers regular and speedy iOS  updates to the iPhone and iPad. Other Android devices may not get updates until weeks before a new major update arrives on Nexus devices.

We are still waiting on a Galaxy Nexus release date in the U.S., which might be coming after November 17th, but until you can go hands on, here are several reasons the Galaxy Nexus deserves your attention.

While the iPhone is often held up as a standard of beautiful phone design, the Galaxy Nexus brings an attractive outer-shell that doesn’t need to be covered up with a case to prevent the back from shattering after a tumble. 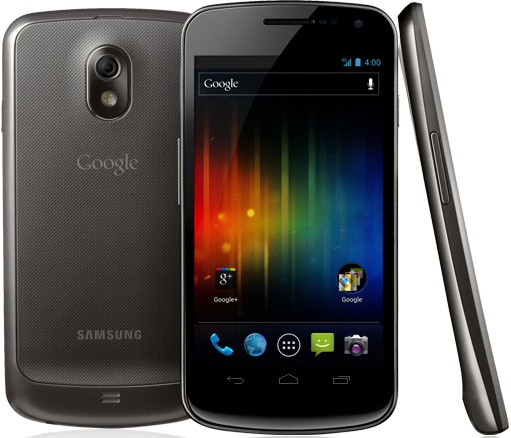 I spent last week sitting in an Apple store, and was surprised by the number of busted iPhones that came in during the hour I waited. While all of my Android devices go case-less, you’ll only see the back of my iPhone when I am putting it in a different case, lest it end up like this busted iPhone 4. At least with the Galaxy Nexus you only have one side to worry about breaking.

If you’ve have been known to drop your phone from time to time and loathe cases, the Nexus has a point here.

The Samsung Galaxy Nexus has a massive 4.65″ sAMOLED HD display that may be too big for some, but you cannot argue with the beauty of Samsung’s displays. The Galaxy Nexus display has a higher resolution than the iPhone 4S, which means you can see more on the display at one time for web browsing, email checking and more. The device has a slight curve to fit to your face when you make a call. 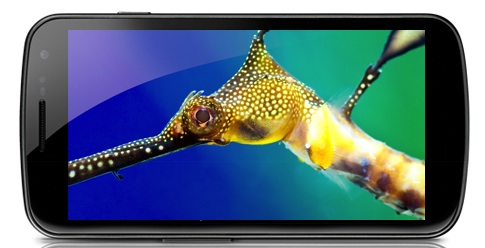 The Galaxy Nexus Display is Curved with a 720P Resolution.

If you are looking for a larger display, that packs in a high resolution you should take a closer look at the Galaxy Nexus.

If you hate waiting for your phone to download apps, videos, web pages and load up YouTube videos, the 4G LTE speeds achieved by the Galaxy Nexus on Verizon will blow you away. As you can see in our iPhone 4S vs. 4G LTE speedtest, the iPhone can’t keep up. While AT&T’s iPhone 4S comes close in some markets, it is miles behind in many others.

4G LTE is also the perfect companion to using your phone as a mobile hotspot, delivering speeds that typically exceed your home internet connection while you are on the go. Verizon 4G LTE covers 186 million people, and is planning two more roll outs this year.

If you need fast speeds for browsing, streaming and using your phone as a mobile hotspot, you can’t beat 4G LTE. 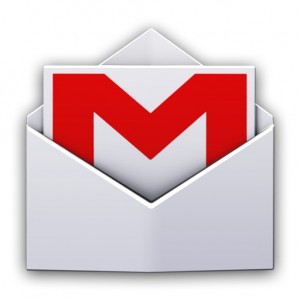 For customers who can’t live without access to their Google services like Gmail and Google Voice, Android handsets still deliver the best experience. You can use all of these Google services on the iPhone 4S, but it is a disjointed experience that is frustrating after using Android.

The Galaxy Nexus has Android 4.0, the newest version, which bundles in a better Gmail app that shows you more of your message, allows swiping between messages and offline search — in addition to the already great Priority Inbox support and ability to star posts. Gmail is rumored to be coming to the iPhone soon, but you shouldn’t buy a phone on promised features.

Google Voice on Android allows you to flip a switch and it handles all your calls, on the iPhone, you’ll need to head to a dedicated app, or add extra phone numbers.

If you are a heavy Google user, there are a number of advantages to getting the Galaxy Nexus.

Unlock the Nexus With Your Face

In addition to these major selling points, the Galaxy Nexus has a number of extra features that help it beat the iPhone 4S for many consumers. The one that will get the most use is Google Navigation. Unlike the iPhone 4S, your Galaxy Nexus ships with free turn by turn spoken directions, that require a pricey app purchase on the iPhone.

Next up is Face Unlock, which uses facial recognition to unlock your phone. No more swiping through your passcode when you want to get right to your phone, just hold it up to your face and — unlocked.

There is also NFC technology, which allows you to Beam stuff to other Android devices, unlock new features in Google Maps and more. We expect to see the announcement of some form of Google Wallet or NFC payment support as well, but if that’s your major buying point, hold off for the official word.

These extras may push you over the edge.

Should I Buy the iPhone 4S or the Galaxy Nexus?

Ultimately, buying a smartphone is a very personal decision. If you are comparing the iPhone 4S and the Galaxy Nexus, I think you are looking at two of the best phones to consider. Both have put a lot of attention into the camera, design and software, which makes the decision more difficult than in year’s past.

You can read our iPhone 4S review to get our full opinion on Apple’s latest smartphone, and stay tuned for a Galaxy Nexus review as soon as the U.S. release date hits.