Regardless of whether I agree with it or not, the Start Screen in Windows 8 has earned a very bad reputation.

Of course, that’s always the case, isn’t it? Longtime users of a single product not only don’t want change, they don’t want their favorite products to evolve. It doesn’t help that the Windows 8 Start Screen introduces some very serious changes to the way people use their devices.

Luckily, the Start Screen has some big features working in its favor. Chief among those are Windows Store Apps; bit-size nuggets of code that can be downloaded for free or purchased from the Windows Store. There’s no heading off to some random website to download code you can’t trust, the Windows Store and thus the Start Screen, are the only places were Windows 8 tablet, desktop and notebook users can get Windows Store apps. Each app is tested to ensure that it meets Microsoft’s security standards and each integrate with Windows in unique ways. For example, media apps like Xbox Music, iHeartRadio and TuneIn can all output media directly to an Xbox One or Xbox 360 thanks to the Devices Charm.

There are Windows 8 apps so good that using the Start Screen on the Desktop is an obvious decision. 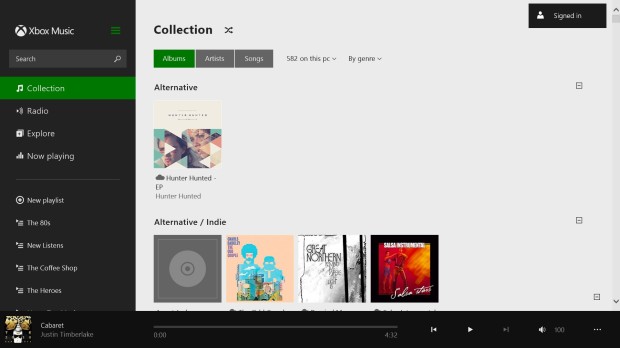 Originally, Xbox Music was an outright giant mess. Of the apps that made Windows 8 barely usable, Xbox Music was right there on top, forcing users to scroll horizontally across their screen and prioritizing Microsoft’s content over the MP3s that a user already owned.

Then Microsoft started listening to feedback and trying to gauge exactly what people wanted from a music application. All of those lessons culminated in a revamped Xbox Music for the free Windows 8.1 Update that debuted last fall.

Today, Xbox Music puts user’s content front and center, and seamlessly syncs Radio playlists and standard playlists across multiple platforms. It still heavily features streaming, however that functionality is now relegated to the Explore area, which also allows users to stream music with ads absolutely free for six months before buying an Xbox Music Pass. Xbox Music now identifies what’s in a user’s collection and makes that music available in Xbox Music apps on iPhone, Android, Windows Phone and the web. There’s even a cloud collection for users to store content from the service and never sync any media back to their PC.

Using the Share Charm, Xbox Music will also create playlists based on the web page a user is browsing. 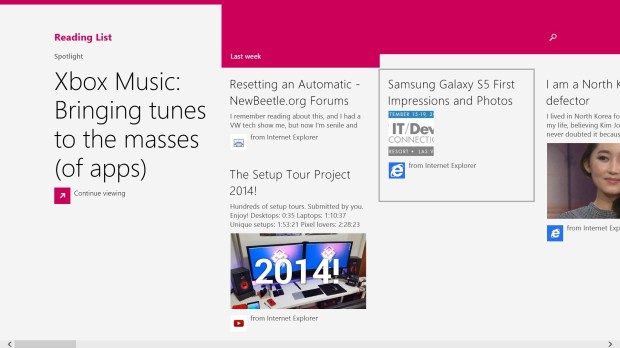 Reading List is deceptively simply application. Essentially, it’s a universal bookmark repository. Users browsing the internet or their favorite reading apps can instantly share stories to Reading List and categorize them for viewing later. Again, exactly like Bookmarks and Favorites in Internet Explorer.

The difference here is that Reading List gives interesting articles their own place to live, away from clogging up the Start Screen or Desktop with links. It also helps that adding something to Reading List takes about two clicks from anywhere in the Start Screen and content is synced from device to device. See an interesting story that you like at your desk? Just add it to Reading List and finish on your Windows 8 tablet in a more comfortable reading environment. 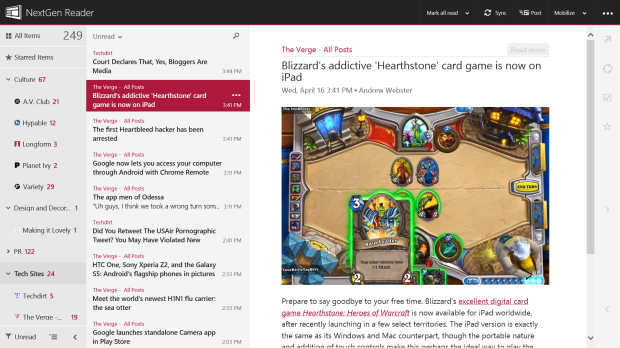 I simply can’t live without a decent RSS reader. I understand that basic reading apps like Bing News and Flipboard are perfectly fine for most users, but there’s something about curating news from a group of sites you care about and are interested in that just makes me more productive and informed. NextGen Reader provides that functionality and then some.

NextGen plugs directly into Feedly’s cloud syncing service so that users can read articles from their favorite websites just about anywhere. It’s also very powerful and includes a ton of options for customizing the way it pairs down long articles into just text. Users can also share each article to Twitter or Facebook directly through Windows 8’s Share Charm and its informative Live Tile certainly enhances the experience of the Start Screen and Windows 8 as well.

It’s not free, the app costs $2.99, but it’s fully featured and really beats out any desktop news reader or browser. It gives even Feedly’s online client decent competition. NextGen features two modes: a reading mode for tablet users and another that’s perfectly usable with a mouse and keyboard.

[ Purchase Nextgen Reader from the Windows Store for $2.99 ] 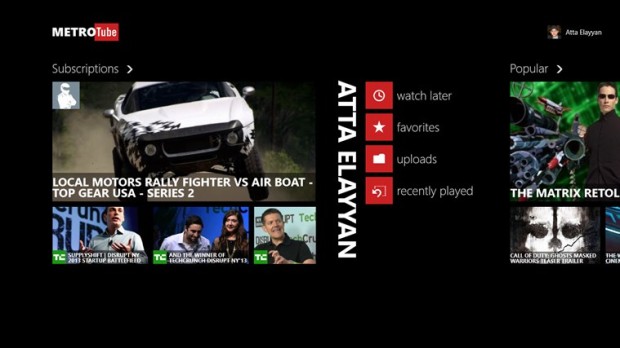 Google still refuses to provide Windows 8 users with a best-in-class experience, mostly because it can get away with it. That’s fine, and as long as Google continues to do so there’ll be app developers willing to make their own apps that all interface with Google’s services. One of the most important third-party apps on Windows has to be MetroTube, a native YouTube client replacement.

The entire app works almost like what you’d expect. Windows users simply login with their Google account user name and password and are taken to their subscriptions, likes and watch history without opening a browser first. Pinning the app to the Start Screen also surfaces videos that have been posted by channels you’ve subscribed too. 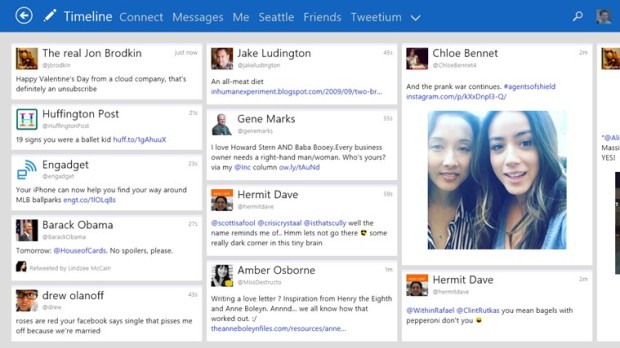 Windows 8 users who like Twitter are in a somewhat similar position as YouTube lovers. Don’t misunderstand, Twitter does have a native app in the Windows Store. The problem is, simply, it’s just not very good. Instead, the most powerful and easy to use Twitter app on Windows is Tweetium. It’s $2.99 in the Windows Store, but it gets the job done.

Tweetium users can customize the interface by adding different searches and location to the app’s navigation bar. Pictures and other media also show up in the stream of messages that automatically updates overtime, unlike the official Twitter App. It’s $2.99, but it’s worth every penny if you’re a frequent Twitter user.

As the Windows Store app expands there will be more apps that make it into this list and finally force users to see the Start Screen for what it is: a useful addition to Windows that could change their daily computing routine for the better, if they’d only give it a chance.

Users will need Windows 8.1, the free update that’s available in the Windows Store to Windows 8 users, before downloading any of these apps.