Apple announced a major iOS 7 redesign, with countless iOS 7 features that are rolling out in the iOS 7 beta today.

There are hundreds of new iOS 7 features, but you won’t care about every single thing that’s new in iOS 7. You can check out a dozen new iOS 7 features on Apple, but there are many more iOS 7 features that Apple tucked inside descriptions, quickly flashed on slides or glossed over during the iOS 7 announcement. 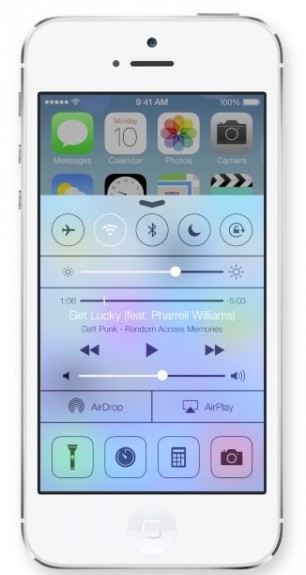 Control Center in iOS 7 replicates some jailbreak features and makes it easier to change settings.

The iOS 7 release is set for this fall, likely timed with an iPhone 5S release. The iOS 7 beta is available today for the iPhone 5, iPhone 4S and iPhone 4. Apple is preparing an iOS 7 beta for the iPad 4, iPad 3, iPad 2 and iPad mini. Not all devices will recieve the same features.