Seven Reasons to Love the Nexus 7

The Nexus 7 is an attractive $199 tablet, especially considering its less than half the cost of a new iPad. But there’s a lot more to like about the Nexus 7 than its low price. The iPad is still king of the consumer tablet world, but the smaller and cheaper Nexus 7 is better in some departments.

As with any gadget, picking the right tablet is a highly personal decision. It’s impossible to question the iPad’s booming success since it debuted a little over two years ago, but Apple’s insistence on a one-size-fits-all solution has left a gaping hole open for the competition.

Perhaps Apple will introduce a smaller iPad when it releases in iOS 6 this fall. But for now, the Nexus 7 is the compact tablet to keep an eye on.

Here’s a list of seven things we love about the Google Nexus 7:

Google Nexus 7 is a Lightweight 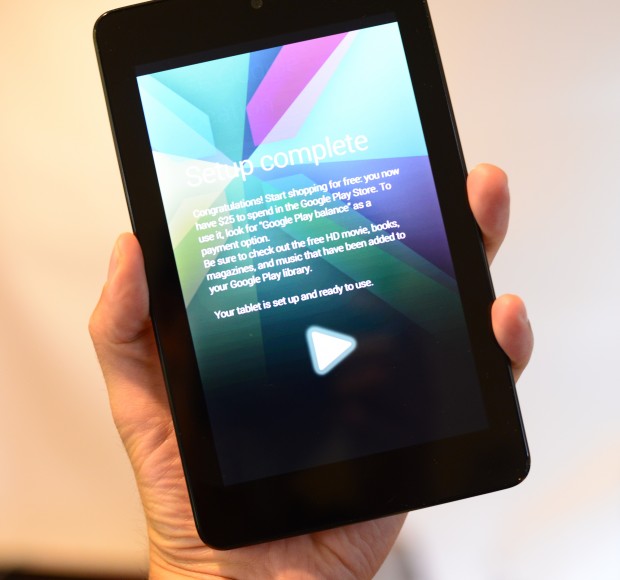 The Google Nexus 7 is easy to handle, weighing it at just 12oz.

At just 12 ounces, the Google Nexus 7 is easy to hold for extended periods, such as reading several chapters, watching an entire movie or beating an entire game. You’ll barely notice the Nexus 7 in a coat pocket or in your gadget bag. The new iPad weighs in at 23 ounces, almost double the Nexus 7’s weight. Reading for hours without using a case with a kickstand can strain users’ wrists and gaming for hours can get tiring.

There’s so much packed into the Nexus 7 that it’s hard to believe it only costs $199 (8GB) or $249 (16GB). Google’s not looking to make a huge profit by selling the Nexus 7, opting for lower price points to get it into more users’ hands. You might as well take advantage of the low price while you can.

Read: Where To Buy the Nexus 7

Jelly Bean offers the best Android experience to date. Android is smoother than ever and there are countless little improvements over Ice Cream Sandwich (Android 4.1). To get a peek at one of the biggest improvements in Jelly Bean, check out the project butter demo video below.

Unfortunately, most Android users won’t get to see Jelly Bean any time soon. Many Android phones are still two major updates behind, while others are just getting Ice Cream Sandwich. The Nexus 7 is the quickest way to get a taste of Jelly Bean without buying a new phone off contract.

Google’s Android Apps are generally better than their iOS counterparts. 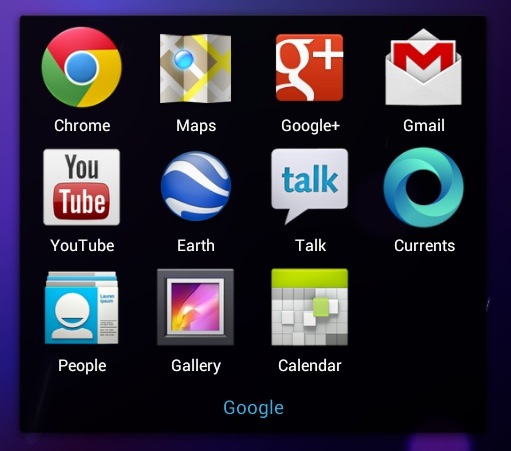 A Gmail account is required to setup the Nexus 7, which is then automatically used whenever you launch a  Google app, such as YouTube or Google Earth. Heavy Gmail users and Google Apps customers will benefit the most fromt he tight integration.

The vanilla Android experience is the way to go. Nexus devices are the first to get Android updates and are free of carrier and manufacturer add-ons, such as apps and themes. The Nexus 7 will be ahead of the curve compared to other Android tablets, which is especially important for early adopters.

Google Now is perhaps the most unique part of Android 4.1. Instead of searching for information, Google Now attempts to predict what information users need at any given moment and presents it them automatically. The information is based on personal information, such as calendar appointments, location and search history.

Here is a Google Now video overview. Currently, the only way to experience Google Now is to buy a Nexus 7 or the unlocked Samsung Galaxy Nexus.

The Nexus 7 is Fast

The combination of Android 4.1 one and NVIDIA’s Tegra 3 technology makes for a silky-smooth experience. The user-interface and built in apps are speedy as you’d expect. Games like Shadowgun, a first-person shooter, are a pleasure to play on the Nexus 7. If you’re a gamer you’ll want to load up a Nexus 7 with THD titles from the Play Store. These HD games feature amazing graphics and are much more complex than typical smartphone games.

These kinds of games show exactly why the Nexus 7 is such a great value.