iOS 7 represents a massive change to Apple’s iOS software. Whereas previous updates simply brought some design tweaks and new features, iOS 7 is a completely redesigned operating system that not only offers fresh features but also brings a new look to owners of Apple’s mobile devices as well.

Maybe the biggest change found in iOS 7 is the new look that brings a flatter and more colorful approach to Apple’s iOS. The operating system’s well-known icons have received makeovers and the user interface as a whole looks vastly different than the OS that iPhone, iPad and iPod touch owners came to know over the years. There is a reason Apple is saying this is the biggest update to iOS since the introduction of the first iPhone.

iOS 7 also brings a number of new features to the table as well including AirDrop, an overhauled Camera app that now comes with built-in filters, iTunes Radio, overhauled multitasking, a new Control Center, and some new functionality for Siri, just to name a few. Not all of those features will be coming to all of Apple’s devices so iPhone, iPad and iPod touch owners will want to take a look and see what features will be skipping which devices.

Apple’s new operating system will be touching down on September 18th for a select number of iPhones, iPads and iPod touches. We still have a few days to go before it’s released but there are some things that users will want to do to prepare for the iOS 7 release date.

Clean Up Your iPhone, iPad or iPod touch

One of the first things that we recommend iPhone, iPad and iPod touch owners do before installing the iOS 7 update is to do some clean up. What we mean by that is, take the time between now and the iOS 7 release date to get rid of unnecessary applications, files, and more than are clogging up previous  storage space.

Over the past year, many iPhone and iPad users have likely downloaded applications or music or other files that they simply don’t use any more. Now is a great time to get rid of those applications and files that aren’t used any more. 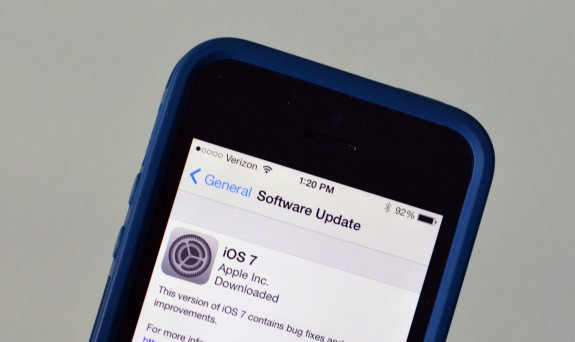 It’s time to clean up any deadweight ahead of the iOS 7 release date.

Those who own 16GB models have incentive to take care of the deadweight because iOS 7 is going to require a ton of open space should one choose to install it Over-the-Air.

While we certainly recommend cleaning up a device on a semi-regular basis, a little yearly cleaning ahead of a major iOS update won’t hurt either.

This may sound ridiculous, but the iPhone, iPad and iPod touch need to be charged when installing an iOS update. They’ll need to have a minimum of 50% when installing the software, if not plugged into a power source. Those who know they won’t have a power source readily available will need to make sure that the device is charged and ready before installing iOS 7 on September 18th.

Those iPhone, iPad and iPod touch owners who do have access to a power outlet only need to plug the device in and Apple will take care of the rest.

As we’ve pointed out numerous times, there is a very good chance that some applications will start acting up after the arrival of iOS 7, particularly if they aren’t updated with compatibility for Apple’s new software. 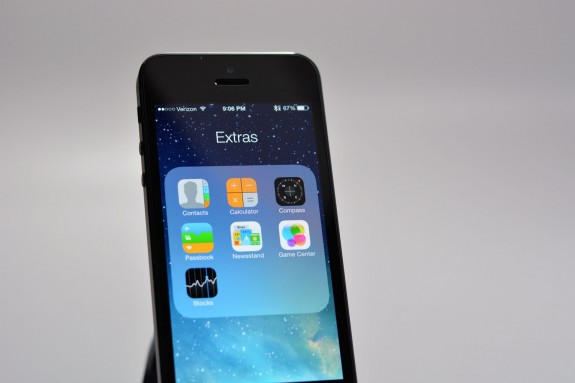 Update those apps before September 18th.

Already, we’ve seen applications get updated with compatibility for iOS 7 and devices owners would be wise to install these updates to avoid bad behavior once iOS 7 is on board.

Not all applications will be updated with compatibility with iOS 7 but we still recommend installing any updates that developers put fourth.

Once iOS 7 is up and running, users will be able to download all of their old applications. However, that process is an extremely slow and tedious one, especially for those that have a ton of applications installed on a device.

After cleaning up apps and files, deleting deadweight in preparation for iOS 7, users can easily transfer applications to a computer which will make for a much easier transition from iOS 6 to iOS 7.

This also presents iPhone, iPad and iPod touch owners with an opportunity to switch a device to a different computer for syncing purposes. For instance, perhaps a user bought a new MacBook Air recently and has started using it a lot more. However, the iPhone is still synced up to an iMac.

Well, at this point, users can swap that out and make the MacBook Air the iPhones main device, something that will make the transition and the experience with iOS 7 a much more streamlined one.

One of the best things to do when preparing for an iOS update is to make a backup. Before installing iOS 7, users will want to backup all of their files so that if anything goes wrong, users can retrieve their data. This is particularly crucial considering iOS 7 is a massive overhaul and there is a chance that some things won’t be agreeable with the software. 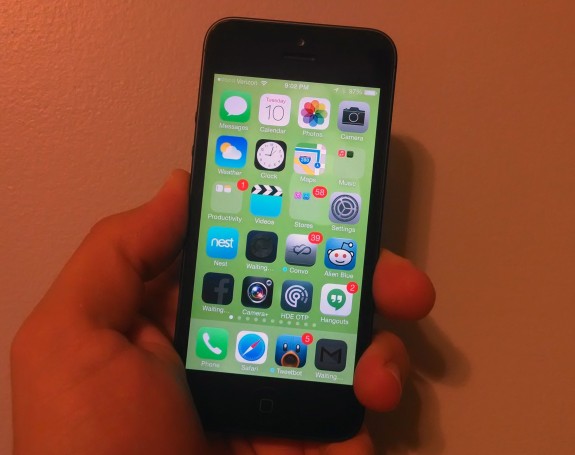 Make a back up before installing iOS 7.

So, iPhone, iPad and iPod touch owners will want to go into iTunes and make a backup. The backup process begins after you plug your device into a computer. If it doesn’t happen automatically, you can force a backup to occur.

Simply go into iTunes, right click on your device, and select Back Up. It’s going to take some time for the process to complete, particularly for those that have a ton of content on their device, but it’s worth doing ahead of the iOS 7 release date.

Future iOS 7 users are going to want to download the latest version of iTunes ahead of the iOS 7 release date. Right now, the current version is iTunes 11.0.5 and that could be the version of iTunes that is available when iOS 7 arrives. It’s possible that Apple will release another version between now and September 18th but at the moment, iTunes 11.0.5 is what you want.

There are two ways to get the latest version of iTunes. The first is to get it through Apple’s website. There, users will need to download the proper version and install it on a desktop or laptop. 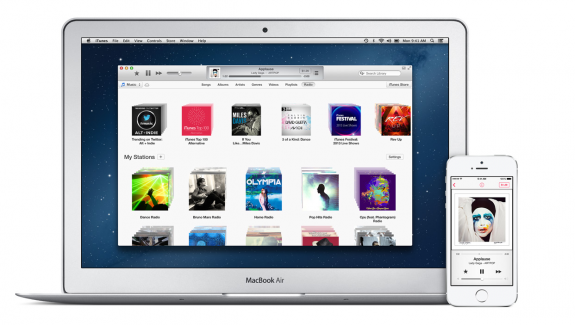 Future iOS 7 users will need to get the latest version of iTunes.

The second way is to manually check for an update. Go to iTunes – Check for Updates… or head to the Mac App Store if using a Mac. For Windows users, head to Help – Check for Updates within iTunes. Those that don’t have the latest version should be prompted to download the latest when opening iTunes.

iOS 7 will need the latest version of iTunes installed so it’s best to download it now while there is a lull between launch and release.

Have Your Apple ID Handy

Last but not least, it’s time to track down an Apple ID. Those that already own an iPhone, iPad or iPod touch already have an Apple ID. When signing into iOS 7 for the first time, users will need to have their ID information handy, including your user name and password. An Apple ID is necessary when linking up iTunes to a device.

For those that are bad at keeping track of their user name and or password, now is perfect time to recover them as they will be necessary when installing iOS 7. 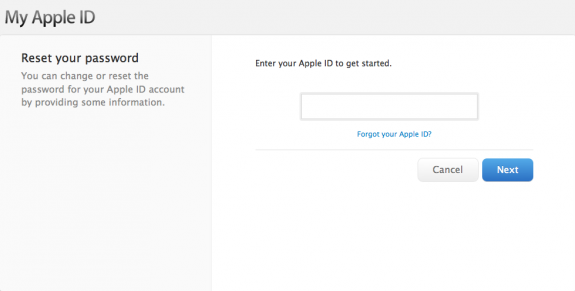 Users can reset their password through Apple.com and for those that aren’t sure about an Apple ID, that can be found through Apple’s website as well.

Apple still doesn’t let users merge Apple IDs so those who have two need to be ready to choose only one to connect to an iPhone, iPad or iPod touch.