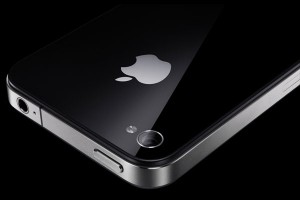 When the iPhone 4 was about to be announced on Verizon, rumors swirled that the Verizon iPhone 4 would really shake things up and deliver a 4G iPhone 4 on Verizon’s network. While that didn’t happen, some are still holding out hope for a 4G iPhone this summer, but I wouldn’t count a 4G iPhone .

It would be great to have the 4G speeds we have seen on the HTC Thunderbolt on the new iPhone, I mean who wouldn’t want download speeds of up to 24 MBps and uploads of 16MBps on their iPhone, especially if it can be used as a personal hotspot.

But unfortunately all this speed comes at a cost. Just as the gasoline in your car is used up quicker the faster you go, the current trade off for high speed 4G network access appears to be battery life. Numerous HTC Thunderbolt battery tests have shown a battery life of around 4 hours.

Granted this is a browsing test, and not a test of “normal” usage over a day, but that’s what many people do on their iPhone. On AT&T and with 4G on Verizon you can (or will soon be able to) talk and surf at the same time. Throw in a hour of talk time, some background services like Twitter and a 4G iPhone 5 (or iPhone 4G) would need to ship with two Mophie Juice packs just to handle the workday.

Apple has already stated that we won’t see an iPhone  with 4G connectivity until the technology is ready, and in this case that includes the battery life of a 4G iPhone as well as network access, which is another part of the puzzle.

Apple didn’t roll out the iPhone 3G until the nation was practically blanketed in 3G coverage, sure it was AT&T can’t make a call 3G, but 3G none the less. We wouldn’t be surprised to see Apple take a similar position with 4G, holding off until 2012 when the 4G coverage maps covers more than just 1/3rd of Americans.

Even if the iPhone 5 doesn’t have 4G, it looks like it might have a bigger screen and a metal back, which would be a blessing for users who have drop their phone as much as they do calls on AT&T.