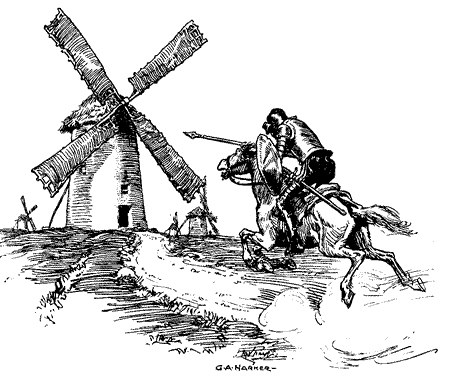 In a time where those who see and recognize the value of pen and digital ink, might liken themselves to Don Quixote titling at windmills, Michael Gartenberg has penned a piece on Engadget talking about the Microsoft Courier that offers a breath of fresh air. Coming after a week of iPad frenzy, wherein Steve Jobs says that anyone who designs a Tablet/slate requiring a stylus essentially has failed, Gartenberg’s piece offers some nice perspective.

The pen isn’t dead. The pen’s been searching for a place in computing for more than a decade. We’ve seen experiments in all different types of pen computing from the PC to the PDA and the phone. They’ve all pretty much failed, and today’s hot commodity is capacitive touch. Microsoft’s Courier video shows how the pen can play a prominent role in the evolution of computing interfaces. While fingers are great for many things, there are tasks better served by the ability to manipulate at the pixel level. Handwriting and the ability to take written notes is one of them. Content creation and painting is another. It’s clear Microsoft knows all this — in addition to Courier, there’s the Deskterity project that melds pen and touch on Surface.

Go read the rest of the Gartenberg’s piece.