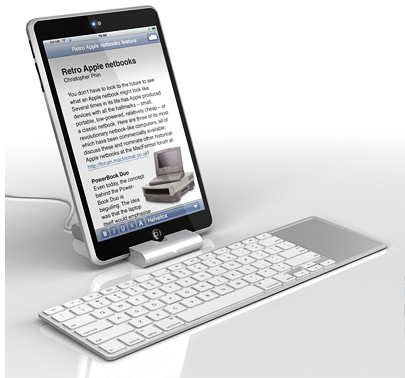 Ok, so the iPad sold 120,000 in its first day…but now the momentum is starting to slow down.  This sounds about right for a new Apple product.  Its a feast, then famine, then feast once its released.

Speaking of the iPad release, there are two pieces of information any new iPad users should know about.  First, there is the Apple iPad battery replacement policy.  Just when you thought Apple might give you a break on this, it turns out to be very similar to the iPhone/iPod Touch battery policy, except this time, they are replacing the entire device, not just the battery.

According to Apple and AppleInsider.com:

“If your iPad requires service due to the battery’s diminished ability to hold an electrical charge, Apple will replace your iPad for a service fee,” the company said in a support document posted to its website. It added that data will not be preserved on iPads needing service because owners will “receive a replacement iPad that will not contain any of your personal data.”

The service will costs $99, plus $6.95 shipping, for a pre-tax total of $105.95 per unit. Apple estimates that it will take approximately one week from the time owners send in their iPad till they receive their replacement device.

“Before you submit your iPad for service, it is important to sync your iPad with iTunes to back up your contacts, calendars, email account settings, bookmarks, apps, etc,” the company said. “Apple is not responsible for the loss of information when servicing your iPad.”

Time to remember those backups and watching the battery performance. Hopefully this wont be the norm, rather the exception.  Apple doesnt need a battery disaster on their new premier device.

The other tidbit of information is on the accessories available for the iPad. According to MediaBistro.com, delivery of the new accessories is as follows:

May 28: iPad 10W USB Power Adapter – Spare power adapter for the office and traveling. It looks like the iPod/iPhone power adapters will not charge the iPad.

Now, these are the accessories directly from Apple, not anything from any third party vendors.  But, its still interesting that Apple is all ready with the device, just not any of the supporting accessories.

Will any of this news diminish people from getting and using an iPad?  Nope. But, its still news to consider before dropping that first $499.