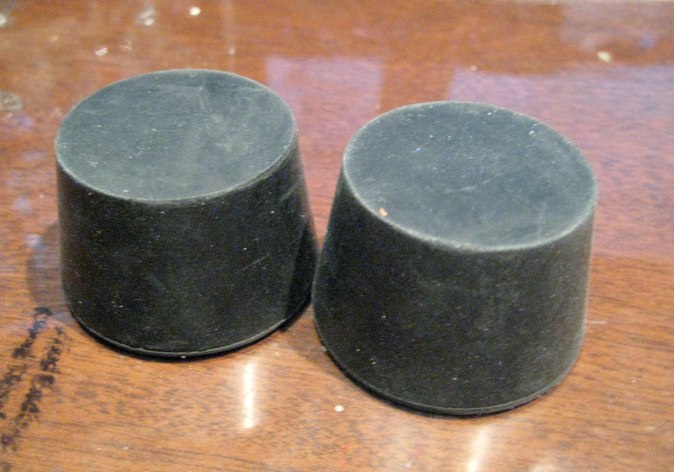 This morning on the way to the theatre for a two show day I was listening to the recent MacBreak Weekly podcast.  On the show, Andy Ihnatko mentioned he had discovered a good solution to use as a sorta kinda stand for the iPad when you wanted to place it in landscape mode and do some typing. The solution: Rubber Stoppers.

I’m sure in a short time we’ll see many stand and case/stand options appear but for now most of those are glossy pictures on websites with promises of coming soon. There have been a few moments where I’ve thought I wanted to give the iPad’s virtual keyboard a better work out, but since I returned the Incase case/stand option I had bought on the day of release I’ve been without a suitable alternative to use the iPad propped up in in landscape mode. Typing on the iPad with it lying flat on a surface doesn’t really work for me. (I returned the case because after a few days of use the weight of the iPad caused it to slip with in the enclosure. This required you to constantly adjust it if you wanted to plug in the power/sync cord or the earbuds. I figured it would get worse with time, so I back it went.)

So, having to run a few errands on the way to the theatre I stopped by the local hardware store and picked up the rubber stoppers for about $6.00. Our hardware store had several sizes to choose from and I think I picked the correct size. That’s exemplified by the fact that the virtual keyboard feels just about right when I’m using it with the iPad propped up on the stoppers. It’s a good viewing and typing angle and because the lightweight stoppers are rubber the iPad doesn’t slip. That light weight means it won’t add any real burden to your gear gab. You can also adjust things a bit to your comfort by simply moving the iPad or the stoppers. In the end, I’m guessing this will work quite well for any Tablet/slate that comes down the road.

All credit goes to Mr. Ihnatko for mentioning this, and hey, it’s a great little hack while you’re waiting for more expensive alternatives to hit the market. Or perhaps even after they do. 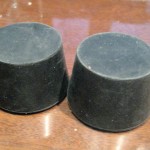 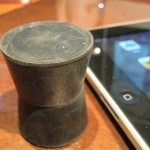 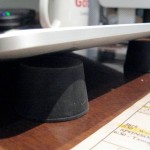 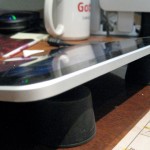