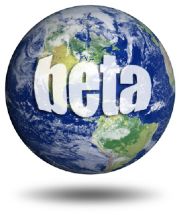 Those who follow and participate in the Tablet market, especially on the Android side of things, but also of late with the HP TouchPad have enrolled in a special club whether they wanted to or not. That club is called “Folks who paid for the privilege of being a Beta Tester.”  This isn’t a recent phenomenon. It actually goes back quite some time. Microsoft did with UMPCs and you can actually make an argument that the first release of “Vista Ready” hardware was the same thing. And there are other examples.

Life on the bleeding/cutting edge is always fraught with risk, and many of us who have gadget lust in our hearts accept that pretty willingly. But when there is a consumer push via marketing to foist these products on the general public I think it is a different story. It is actually a self-defeating move in my view because many less than savvy consumers recoil after being burned and this is a way that brands get diminished over time. Bad experiences leave bad tastes in mouths (and wallets) that are long remembered.

So, here’s a Jonathan Swift like modest proposal for these companies. I include Google in the mix because it makes the Android software for Tablets that is far from ready (acknowledging that Google says Honeycomb is still in Beta). If you’re going to charge iPad like prices for Tablets that are essentially Beta Hardware, then let those customers trade up or give them a break on the price of the newer units when you finally figure things out.

Oh, wait. That won’t work for the bottom line. Damn. Well, guess what, they way you’re playing the game now doesn’t work either, except to help Apple build on its already very large lead. Just ask the folks at retailers who are collecting all the returns.