While the higher-end models of the Apple Watch come with sapphire crystal displays, the entry-level Apple Watch Sport may actually be the one to get if you care about screen quality. 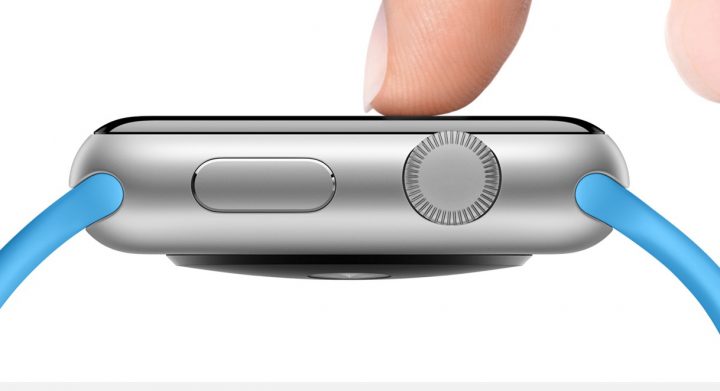 We can’t say this is too surprising, as sapphire crystal glass for use in touch screen displays requires a bit of modifying as far as the optics are concerned.

However, the Apple Watch does use OLED technology in its displays, which is far better than traditional LCD and LED screens. OLED displays actually don’t require a backlight, allowing them to be thinner and lighter than normal LCD displays. This also makes it possible to bend and curve OLED screens.

Of course, while OLED displays are far better than most LCD screens, OLED costs more to manufacture, but they’re becoming more and more popular, as many new HDTVs and smartphones are coming with OLED screens.

It’s been rumored that Apple will switch to OLED screens for the iPhone this year with the expected release of the iPhone 6s, although rumors on that front are still a bit scarce at this point.

It has also been rumored that the “Force Touch” technology used in the Apple Watch will make its way to the iPhone 6s. Force Touch is a new technology that essentially adds pressure sensitivity to the screen, allowing users to either lightly tap on the screen to do one thing, or press down harder on the screen to perform a different task.

It’s very similar to how left-click and right-click work on a computer mouse, only this time around it’s on touch screen, and we could easily see that type of technology come to the iPhone at some point — hopefully with the iPhone 6s.

In any case, if you’re thinking about buying an Apple Watch and care a lot about the clarity of the display, then the entry-level Apple Watch Sport may be what you’re looking for. The glass won’t be as scratch-resistant has higher-up models, but you’re also not paying way more for that privilege, thus saving some cash.

The Apple Watch Sport starts at $349 for the 38mm and $399 for the larger 42mm model. The next step up is the stainless steel Apple Watch, which starts at $549, and then there’s the gold Apple Watch Edition, which is priced at a not-so-reasonable $10,000.