A User Asks: How Can We Know What Smartphones Work in Our Location?

This morning I got an email from GBM Reader poppacracker: Here’s the body of that email: I have seen many reviews on quality of reception for a multitude of phones. All have dealt with one phone at a time and most of the time it turns into service that is available and excuses. I would like to see a comparison of several manufacture’s phones in one marginal reception location. It seems now a days that it is assumed that everyone lives in a big city and has the capability of receiving 4 bars service at all times. There are many of us that still operate from semi-rural locations and we would like to know which phone will pick up a fairly weak signal in that location. At present I have an HTC Incredible and I believe it is the worst for signal strength of any phone I have ever had. I had no way of know that before I bought it. 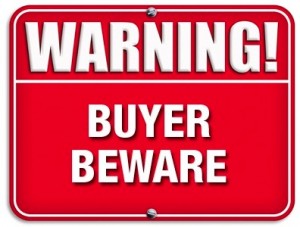 I can certainly feel poppacracker’s pain as I live in a semi-rural location and I’ve seen signal coverage vary from device to device and carrier to carrier. In fact, I have seen it vary day to day. The short answer to this is as simple as it is unfortunate. Unless you’re in a major market, you are essentially on your own. Reviewers and marketeers are both focused on the largest collection of potential customers and readers. That’s where the money is, especially when a new mobile device gets released. But that’s the short answer.

The longer answer is no less unfortunate than the shorter one. Broadband coverage varies so widely from location to location. Even if some intrepid reviewer were to try and put together the kind of coverage requested, it will really have very little significance outside of that immediate area.

A few cases in point:

So, what is a potential user to do? The best thing you can do, in my view, is to ask your friends and colleagues what they use. Second best, press salespeople in your local stores. I love to pester folks in the local Verizon and Sprint shops about when we’ll see 4G coverage here locally. They all try to spin the answer, but that answer is sadly “not anytime soon.” I noticed at the end of last week that Verizon is proudly saying that 4G coverage is coming to the Shenandoah Valley this month in the next roll out. Well, yes and no. Turns out that south of us will see the 4G coverage, but in the area where I live, not so much.

I tossed this out for thought on our team back channel and Sumocat offered up a suggestion of sites such as cellreception.com. But I would agree with his caveat. He finds that useless. I find it as useful as the colorful maps that the carriers put up on their own sites. You really need to be able to see how a device and the service you choose works for you. And be able to do so over a longer period of time than most return policies allow.

The fault here is that there is no real regulation on what they carriers and device makers can say in their advertising or marketing. Ads on TV or on the web can certainly be seductive. Reviews can make any device sound great. But sadly, the bottom line is that old familiar refrain “buyer beware.”