With this year being one of the worst winters that the midwest and the northeast have ever seen, we’ve heard plenty of stories about folks becoming stranded out on the road. While your iPhone is usually thought of as a luxury item, it’s phone function is one of the most important tools that you can have in your emergency kit.

However, iPhones don’t stay on forever, and they’ll eventually run out of battery unless you charge it up somehow. If you’re nowhere near a power source, though, that can make it a bit difficult to give your iPhone some extra juice. Of course, external battery chargers are always great, but those can run out of power as well. This is why we recommend the not-often-talked-about AA battery phone charger for a variety of reasons. 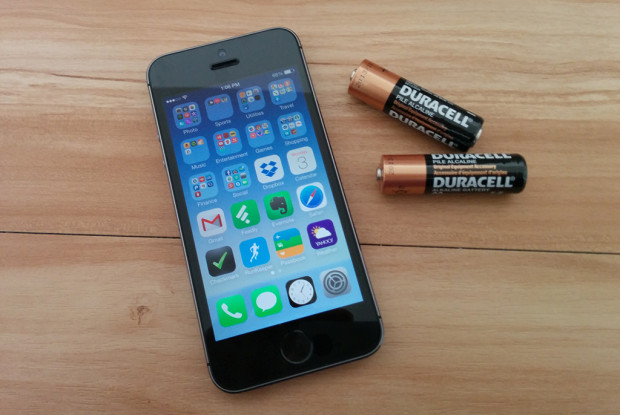 The nice thing about AA batteries is that you can usually find them anywhere. Most electronics use them as a power source, so if you’re scrounging around to find a pair of AA batteries, you most likely have them plastered all over the place: in your remote controls, clocks, gaming controllers, etc.

AA Batteries Are a Worldwide Standard

Power standards are a messy thing when it comes to traveling internationally. Most regions of the world have their own type of power outlet with different voltages, so you usually have to pick up a converter in order to charge up your gadgets.

AA Batteries Can Be Stored for Ages

However, while a AA battery iPhone charger would be a great item to put in a car emergency kit, it’s not the best idea to store batteries in cars when it’s hot outside. At 85 degrees Fahrenheit, batteries lose about 5% of their capacity per year, and at 100 degrees, that percentage shoots up to 25% per year — not to mention that batteries also have the chance of rupturing under high temperatures. 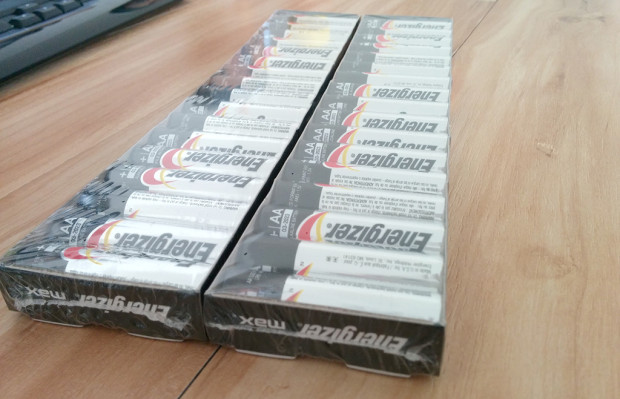 The interior of cars can get well above 100 degrees on a hot summer day, so if you must store batteries in your car, at least store them in a glovebox or other compartment away from the sun where they can remain as cool as possible.

Which AA Battery iPhone Charger Should You Get?

iPhone chargers that run off of AA batteries are actually fairly inexpensive, mostly because all they only contain is a few small circuit boards, and you supply the batteries, which is usually the most expensive component anyway.

You don’t really need to go all out and buy the best AA battery phone charger there is. This Energizer model can charge iPhones with a 30-pin connector and can fit three AA batteries inside, which can provide enough juice to double the run time of an iPhone, according to Energizer, with users saying that they got a top-off from 52%, which is quite impressive from just a few AA batteries. 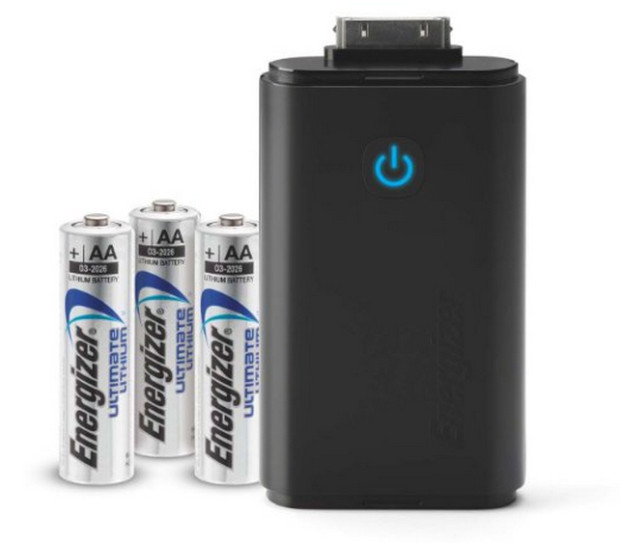 As for iPhones with Lightning connectors, there isn’t a charger with a proprietary port like the Energizer model, but Verbatim makes one with a single USB port that comes with four AA battery bays to charge up any smartphone, including the iPhone 5 and newer. The charger claims that you’ll get an extra eight hours of talk time with four AA batteries.

While you’re at it, go ahead and get one of these specialty storage boxes for those extra AA batteries. Simply just throwing them into a bag filled with other objects could be an open invitation to short the circuit of a battery and create a fire hazard.