Users looking for a performance-driven laptop with a mix of style and Windows 8 on a touch display may find the updated version of the Acer Aspire S3 notebook to be just the device they’ve been looking for.

Unveiled alongside the company’s new Intel-powered 8-inch Windows 8 tablet, the Acer Icona W3, Acer’s updated S3 takes on many of the hardware limitations that held back its predecessor in favor of embracing many of the design cues and features from its larger brother, the Acer Aspire A7, though they’ll have to wait until the third quarter of this year to pick it up. 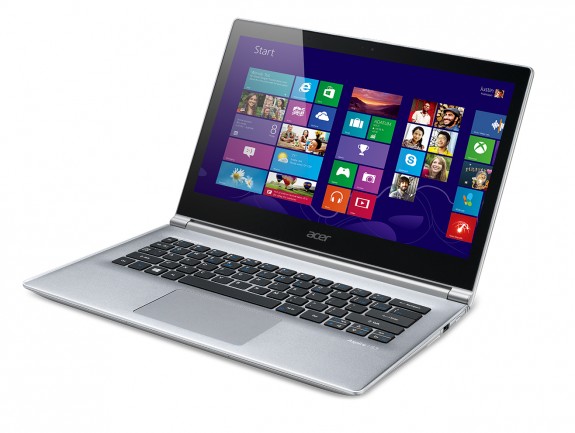 In addition to picking up compatibility with Intel’s new Haswell processors for improved battery life and graphics, users will also have the option to pick up a version with a built in NVIDIA GeForce GT 735M graphics card if they’re looking to boost gaming performance even more.

The touch display in the Aspire S3 will include a 13-inch 1080p IPS display, so colors should look slightly improved compared to last year’s model. Acer will also ship the device with as much as 1 Terabyte of onboard storage, however it’s not detailing if what other hard drive capacities will be offered.

The hinge of the Aspire A7 hinge is chief among those features borrowed from the Aspire S7. It will allow for users to lay the Aspire S3’s screen nearly flat, so that they can “share content, while keeping the display wobble free.” That should come as great news to any user who has spent an extended period of time using a touchscreen equipped laptop. Right now, most devices in the category still have weaker hinges, resulting in display that moves every time a user goes to interact with an onscreen element. Stiffer hinges also result in a notebook that’s harder to open, however as we’ve had no time with this machine, it’s unknown if Acer has managed to recreate the problem with this device.

Build quality has really been addressed with this update as well. The Aspire S3 will now feature a display that’s entirely wrapped in Corning Gorilla glass and an aluminum chassis that’s been colored in a ‘Sparkling White’ finish.

All in all, it’s a pretty aggressive upgrade that should allow Acer to compete with more high-end touch notebooks at lower price points than it does today with the Aspire S7. As noted, the company does expect to make the device available in Q3 2013, though it’s not yet discussing pricing. 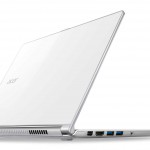 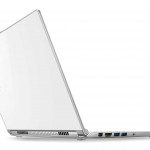 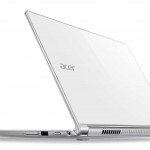 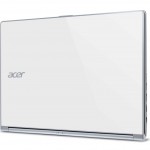 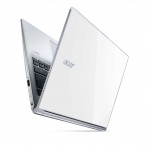 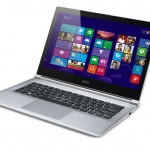 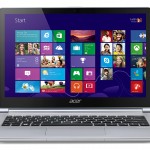