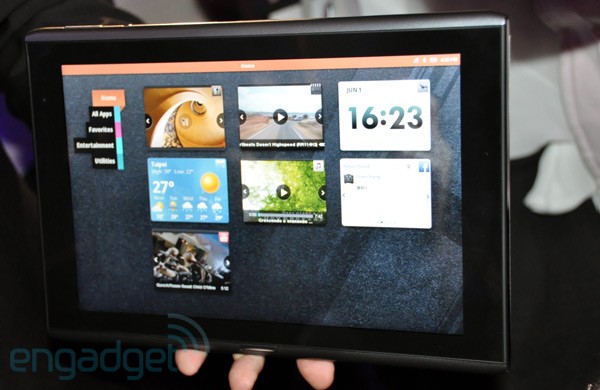 At Computex, Acer announced an Iconia Tab M500 tablet that will run on the MeeGo operating system, which was co-developed by Intel and Nokia, and will also sport the Intel Atom-based Moorestown processor. The device is similar in appearance to the Android-powered A500 tablet with a 10-inch display bearing a 1,280 X 800 resolution. The MeeGo-powered M500 will utilize a custom MeeGo user interface that Acer is describing as a ‘snackable UI.’

The tablet will debut at the end of the year and pricing was not disclosed. Hopefully, it will be priced, like the Iconia A500 Android tablet, at under $500.