Recently, the Acer Iconia Tab A200 went through approval to get certified by the Bluetooth SIG. Right now, there isn’t much known about the tablet other than the leaked photo. There are several possibilities of how the Iconia Tab A200 will fit into Acer’s Android tablet line-up, which currently includes the A100 7-inch tablet and the A500 10-inch slate, both running Google’s Honeycomb operating system. 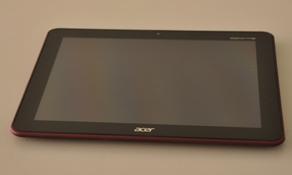 The Acer Iconia Tab A200 could potentially be a successor to the 7-inch slate. Another theory suggests that the A200 could be another offering that slots in between the 7- and 10-inch model, perhaps an 8-, 8.9-, or 9-inch offering.

Acer and Asus have helped to drive down the price of Honeycomb slates since the two companies made their respective tablets available for sale. Both companies will continue to face downward price pressure as Amazon is entering the tablet market with a $200 slate called the Kindle Fire.