In an interview with PCWorld, Wong expanded on this view:

“The plan for an [Windows] RT tablet is ongoing”. He then continued, “To be honest, there’s no value doing the current version of [Windows] RT”.

Windows RT is a version of Microsoft’s Windows 8 operating system that was released this past year alongside traditional versions of Windows. 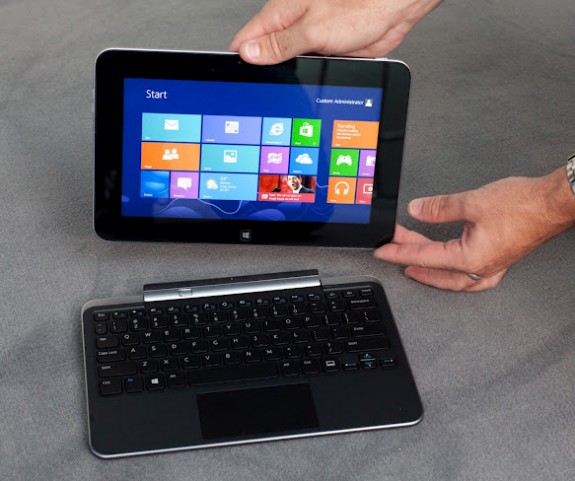 The Dell XPS 10 is an ARM powered Windows RT tablet.

Windows RT is designed to be used by hardware manufacturers for devices where the use of traditional X86 and x64 based processors, like those from Intel and AMD, aren’t particularly useful. Instead, Windows RT is powered by mobile processors that result in longer battery life and smaller form factors. In other words, Windows RT is seen as Microsoft’s answer to tablet operating systems like Apple’s iOS and Google’s Android.

By using Windows as a basis for a new mobile operating system Microsoft is hoping that it can bring the power and scale of Windows to these new form factors without having to get rid of its legacy advantages, like wide USB device support.

The smaller and lighter form factors using Windows RT aren’t without their drawbacks. Windows RT does not allow users to install applications outside of Microsoft’s Windows Store. Since its debut, Windows RT has shipped on four tablet devices aimed at consumers. These include the Asus VivoTab RT, Dell XPS 10, Lenovo IdeaPad Yoga 11 and the Samsung Ativ Tab. Microsoft uses the operating system to power its Surface RT tablet as well. According to sales figures released by IDC, Windows RT devices that aren’t the Microsoft Surface RT are still struggling with consumers.

For its part, Acer has since backed away from plans to offer any hardware powered by Windows RT. Both of its tablets aimed at creating all-in-one solutions for consumers, like the Acer W7 and the Acer W5, run the traditional version of Windows 8 instead of Windows RT.  The company uses Google’s Android to compete head to head with the iPad on its devices like the Acer Iconia A.