Both Microsoft and Google have announced that they will include “kill switches” for mobile phones going forward. Those announcements have accompanied statements from the Secure Our Smartphone Initiative which brought political pressure to bear on a reluctant mobile industry afraid of hits to the bottom line. The reason for a “kill switch?” Kill switches help deter thefts of smartphones. The reasons for the new action? Bottom lines were going to be affected if the changes didn’t take place.

The logic for adding a “kill switch” is really very simple. If a user has the ability to disable a smartphone and preventing it from being reactivated once it has been stolen or lost, it makes it more difficult for a thief to sell the stolen merchandise. Thieves are essentially businessmen who flaunt the laws. Any good businessman knows if he can’t profit from a current line of “business activity,” well then, it’s time to make a change. 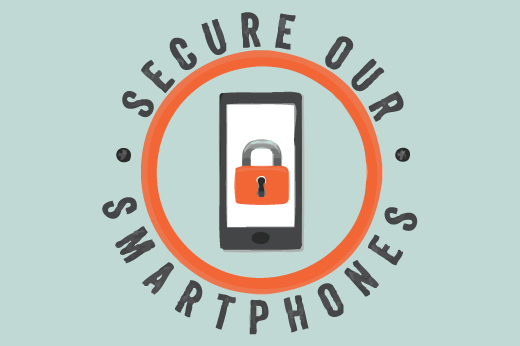 To prove the point a recent report from the Secure Our Smartphone Initiative shows that Apple’s iPhone, which contains a “kill switch” that Apple calls Activation Lock, have become less attractive to thieves in New York City. After Apple included Activation Lock in its operating system in 2013, robberies and grand larcenies for the iPhone dropped signficatntly. Robberies dropped 19% in the first five months of 2014 and grand larcenies dropped 29%. San Francisco and London also saw similar decreases in iPhone thefts.

Unfortunately though, smartphones without a “kill switch” saw an increase in thefts. Thefts of Samsung’s Galaxy smartphones went up 59% in the same period. It’s more than intriguing that Samsung was cited in the statement given that in the fall of 2013 there was concern registered when U.S. mobile carriers prohibited Samsung from installing “kill switch” software on new phones.

The Secure Our Smartphone Initiative was created by New York Attorney General Eric Schneiderman and San Francisco District Attorney George Gascón to combat a growing wave of smartphone thefts after the popularity of those devices became ubiquitous. The S.O.S. Initiative includes law enforcement agencies, elected leaders from across the country and consumer advocates. The goals of the coalition are to “urge manufacturers and carriers to deter crime, eliminate the secondhand market for stolen mobile communications devices and prevent their customers from becoming the next victims.”

Statistics show that smartphone theft was becoming a leading cause of crime in many jurisdictions. According to figures smartphone theft accounts for 30 to 40 percent of thefts across the U.S. According to Consumer Reports, 1.6 million Americans had their devices stolen in 2012. As bad as a theft is, authorities say that often these thefts turn violent, which adds urgency to the efforts. One advocate for the cause is Paul Boken. His daughter Megan was killed in a smartphone theft in St. Louis, Missouri. California State Senator Mark Leno calls phone theft “a crime of convenience” and that “we end the convenience, we end the crime. It’s that simple.”

With initial calls for adding “kill switches” to smartphones having been met with resistance from phone makers, OS creators, and the wireless companies who provide the connectivity, it became apparent that outside political pressure was needed. Often that required some unusually pointed language in the debate. San Francisco District Attorney George Gascón said, “I’m not implying that the industry is solely motivated by profit, but one certainly has to ask why” they resist these efforts.

The Secure Our Smartphone Initiative has indeed had impact in changing hearts and minds of industry participants and lawmakers across the U.S. and globally. Minnesota became the first U.S. state to ban sales of smartphones without a “kill switch” and similar legislation has been moving through other state houses and action is being considered by the U.S. Congress.

CTIA, the lobbying arm of the telecommunications industry dropped its opposition to the movement and actually began advocating on its behalf. CTIA came forward with the Smartphone Anti-Theft Voluntary Commitment that featured AT&T, Sprint, T-Mobile, U.S. Cellular, Verizon Wireless and others pledging to implement a kill switch solution on an opt-in basis.

According to the Save Our Smartphone Initiative the announcements and moves by CTIA, Microsoft and Google are a big, but partial victory. That S.O.S. coalition would like to see the technology be opt-out instead of opt-in. So, there are battles still to come.

Apple led the way in the mobile industry with its Activation Lock that was included for the first time in iOS 7. Other companies were hesitant at first to follow suit, but when Apple began marketing the security mechanism as a security feature, iPhone thefts started declining, and political pressure began mounting, it was only a matter of time before other mobile interests had to make the common sense decision to follow the leader.

With mobile technology such a key component of our lives, and increasingly so, it can be distressing to hear the technologists who bring us these new innovations saying that there is no solution to a problem that mobile technology creates via unintended consequences. In the best of all possible worlds it shouldn’t take political pressure to force such a change. But then, we don’t live in that best of all possible worlds.