It’s unclear whether this is just a big oversight on the part of Samsung and its ad agency or the changing of allegiances by the same child actor, but the actress starring in Apple’s iPhone ad is now appearing in a commercial for Samsung’s Galaxy Tab tablet. Both ads are done in an eerily similar style, with the focus of the commercials highlighting the devices at hand, the ease of use, touch, and various applications. 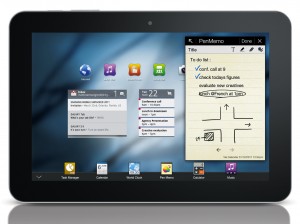 Since it was discovered that the actress had previously been the star of Apple’s iPhone commercial, Samsung had pulled its Galaxy Tab commercial from its official YouTube page, but the YouTube video was ripped and is now making its way through the Internet.

In the past, Samsung has taken ads to mock Apple and its products. It’s unclear why the company chose an Apple-esque style to highlight its Android tablet in this latest foreign advertisement.

Aside from the latest saga of similar ad styles with the same actress starring in each ad, Samsung and Apple has crossed paths before in a not so light-hearted manner. Both companies are involved in on-going legal dramas in numerous countries where Apple is alleging that Samsung is copying its designs in its products. However, most recently, Apple’s request to ban Samsung’s Galaxy Tab in Australia has been overturned and a similar ruling is expected to happen in Germany.