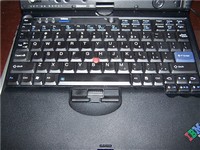 I’ve never been a fan of the TrackStick (or wart as Dennis Rice calls it) as a mouse pointer. In fact one of the many hesitancies I have had about choosing my next Tablet PC has been to think about moving to a TrackStick from a TrackPad. These are very personal issues for many when it comes to making choices and both have fans. Since I’ve been testing the Lenovo Thinkpad X60 Tablet PC, I’ve obviously had to become accustomed to the TrackStick. I didn’t realize just how different from a TrackPad it was until yesterday. I haven’t picked up my Toshiba M200 in at least 12 days and yesterday I opened it up to do some work. I felt like I was working with a completely foreign device and couldn’t find where to put my hands to use the TrackPad. It was an eerie feeling 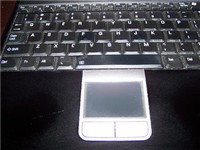 as I realized just how quickly my motor reflexes had adapted to the TrackStick and I had to retrain myself for quite a bit to operate with the ease that I had become accustomed to.

Of course I went through a similar retraining when I started using the X60 full time, and it caused (and still causes) some hiccups in how I work, but obviously I’ve become more accustomed to how my hands address the keyboard on the X60 in a way I had never imagined.

For ease of use and quickly operating I’m no where near as dexterous with the TrackStick as I was with the TrackPad, but hopefully I’m getting there. But going back and forth is going to be quite an experience should I need to do that again. What an eye opener.