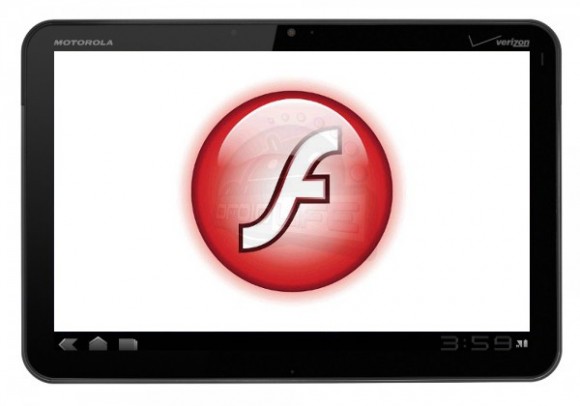 If you’re a Motorola Xoom owner who is awaiting the promised update for your Android Honeycomb Tablet you can set your expectations for March 18. Adobe has announced that as the ship date for Flash Player 10.2. Initially promised to be included on the shipping version of the Xoom, many were quite disappointed that it was promised for later, leading to quite a few stories labeling the Xoom as “shipped too soon.”

A pre-update began rolling out yesterday (don’t you love that we have updates to prepare for updates now?).

Look at it this way, if you’re dying to have Flash on your Xoom, you’ll probably have it before many who pre-ordered their iPad 2’s see those devices ship.