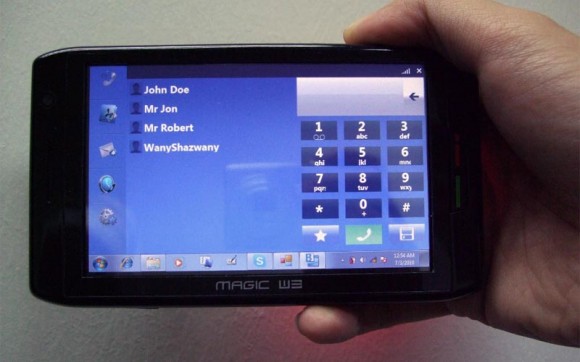 If you’ve ever wished that your 5-inch Dell Streak or 4.3-inch HTC EVO 4G could be more powerful, then AdvanceTC may have a solution for you as the company is announcing that it will be bringing the full Microsoft Windows 7 desktop operating system to a 4.8-inch form factor, slotting the device between tablet and smartphone categories.

The 4.8-inch touchscreen will be comparable in size to the 5-inch Dell Streak that is currently offered either unlocked via Dell or through AT&T in the U.S. Unlike the Dell Streak, the full Windows 7 OS will give the device access to most Windows program available today, though you’d have to run your program on an Intel Atom processor clocked at 1.6 GHz, giving the device netbook-like status as far as performance goes.

Additionally, the device will feature a 32 GB SSD storage as well as 1 GB RAM.

The display has the same WVGA resolution as the 5-inch Streak, featuring an 800 X 480 resolution touchscreen. It has a 1.3-megapixel front-facing camera.

AdvanceTC is providing a customized UI for phone calls. The nice part is that the device can wake from sleep when it detects a call coming in, which will definitely help battery life. A 5-inch Viliv S5 had provided a similar form factor and users with the 3G-capable version of the UMPC could add a telephony skin on top to make calls, but that rival device could not wake from sleep for incoming calls, so it’s nice that AdvanceTC is adding this feature. 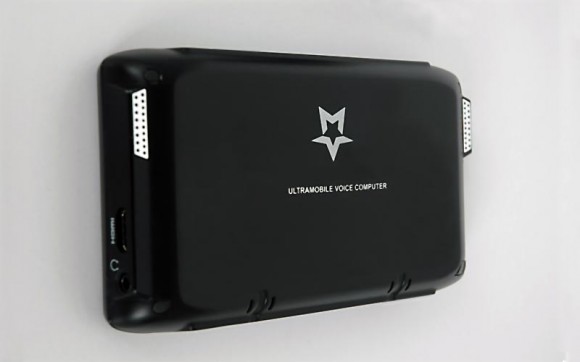 The downside is that to accommodate the rather large battery, the device is rather bulky and will definitely leave a bulge in your pants, unlike slimmer traditional smartphones of the same display size.