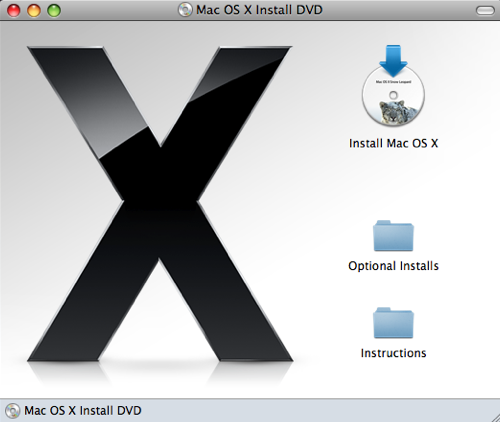 I guess it is an old saw, or a cliché, or a maxim, or something, but when you’re upgrading an old system or moving to a new device a clean install is always the best way to go. I found that out this weekend when I was upgrading to a new MacBook Pro 13 inch. Of course I’ve known that for quite some time having been a Windows user primarily prior to picking up a MacBook Pro 13 about 2 years ago. Don’t think I’ve abandoned Windows completely. The MacBook Pro is still the best Windows computer I’ve used whether in a virtual machine or via Boot Camp. But back to the point of the post.

Since this was my first time “upgrading a Mac” I thought I’d use Apple’s Migration Assistant to transfer most things over. It’s supposed to be easy and relatively pain free. As far as the migrating of data goes, it actually is. It took about 2 and a half hours or so for all my data to move from the older machine to the newer one.

That’s when the fun started. It was a busy weekend and we had relatives in town visiting to see our current show at Wayside Theatre, and our new home, so I didn’t have much time to do much of anything with the new machine until late Saturday night. Yes, the new MacBook Pro’s are faster and that’s very apparent right out of the box. But I was noticing that randomly I’d see a lag with the trackpad. It was sporadic and of course that makes an issue even more annoying. The symptom was simple, every so often I’d go to move the cursor via the trackpad and nothing would happen for a second or two. If I lifted my finger and tried again, well everything worked just fine. Having both the old and new MacBook side by side I knew this wasn’t just user behavior on my part as I wasn’t doing anything differently between the machines, and the settings for the trackpad were identical on both machines.

Given that I’d just dropped a wad of cash on this machine I figured I’d give Apple a call and check with a tech after checking online for some solutions. Interestingly enough, Apples support forums were down Saturday when I first started looking for answers. First thing I learned on the call, Apple’s tech support teams aren’t necessarily up to speed on brand new machines right after they ship. The diagnosis was that somehow I was triggering an unintended trackpad response. In earlier versions of Apple’s Mac OS there used to be a check box in the trackpad settings that allowed you to turn on or off monitoring for this but this has no longer is the case. The tech put me on hold and came back thinking it had moved to the Universal Access pane but it wasn’t there either. So he suggested I take a trip to the closest Genius Bar. I had already figured that was in the cards.

So, I scheduled an appointment online and headed there yesterday. Unfortunately where I live the closet Apple Store is at least an hour’s drive away in good traffic. Yesterday here was filled with heavy rains so it wasn’t a pleasant drive. Once I got there and explained the situation to the Genius he hooked up his diagnostic gear. Again, timing proved interesting. Apparently the Genius Bar folks at this store don’t have the latest OS X build for the new MacBooks on their diagnostic hardware as of yet. But he was able to make a diagnosis that guessed this was probably a software and not hardware related issue. He offered me two choices, he’d get me a new machine or I could do a full reinstall and see if that solved the issue. Now, I tricked out this MacBook Pro 13 with 8 GB of memory and a 750GB HD, so I offered a compromise. I’d try the reinstall first and if that didn’t solve the issue then I’d opt for the new machine. We agreed on that as a way to go.

So, I headed home and began the process of doing a clean install. That all went smoothly and the trackpad issue seems to be fixed, so I’m chalking up the issue to what the Genius and I both thought. Somehow the OS X build and new hardware are just different enough that the Migration Assistant’s process of moving things over gunked up something somewhere along the line. The moral of the story obviously is when you get a new machine or if you have to do a rebuild or reinstall start fresh from scratch and spend the extra time to reinstall your applications and move your data over without using an automated process. It might take you a bit longer (about five hours instead of two and a half in this case), but you’ll have a cleaner system when you’re done. You’ll also get the opportunity to throw out a bunch of stuff you’ve been squirreling away on your hard drive that you haven’t touched in forever.

Again, as a Windows user I should have known this was the way to go. Rebuilding Windows machines is a fact of life that we all get accustomed to and there are countless strategies on how to make this process go smoothly. But I thought I’d give Apple’s Migration Assistant a try to see how it worked.

It goes without saying that this means you need to have your data backed up and make sure you have your software license keys handy if you’re going to install things fresh. You should also remember to de-authorize any software (iTunes, Audible, etc…) that ties DRM to a specific computer before you wipe things clean and start afresh. An interesting side note on this. In moving my virtual machines over I had to re-activate Windows 7 during that process both after using the Migration Assistant and also after doing the fresh install. As a side note to this, if you use Windows in a virtual machine (I use Parallels) on a Mac, having as much memory as you can afford makes life so much more bearable. Running Windows 7 under Parallels on my iMac with 4GB of memory works well, but on the MacBook Pro with 8GB it is a real joy.

A couple of other hints that I’ll offer when it comes to upgrading that make the process go a little more smoothly, at least for me.