Aero, which operates a TV streaming service in New York City, is looking to expand its service to other major metropolitan areas in the U.S. The company says that it will be in most major markets by 2013.

The company operates by capturing TV broadcast signals and re-transmitting them over the Internet to mobile devices such as the iPad and Android smartphones and tablets. The catch is that Aero doesn’t pay content providers, such as CBS, NBC, ABC, and FOX for the rights to re-transmit these signals. These networks usually receive a re-transmission fees from cable companies and pay TV services to re-broadcast the signal and it looks like it wants to force Aero into paying a fee as well. 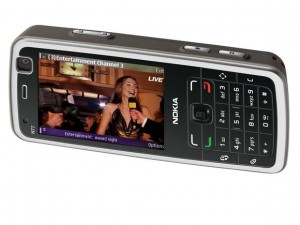 According to Aero CEO and billionaire Barry Diller in an interview with Bloomberg, “The ability for consumers to receive broadcast over the air signal is their right.” A U.S. district judge is allowing the company to continue to stream to customers while broadcasters and TV networks are pursuing a copyright lawsuit against Aero.

In other countries, particularly in Asia, smartphones come with terrestrial antennas to pickup digital signals so users can watch TV on the go. In the U.S., there had been attempts to accomplish a similar feat through Qualcomm’s now defunct FLO TV service, which is a paid subscription service for users to get streaming TV on a compatible mobile handset without having to use their data plans, but the service never caught on. Instead, streaming services like Netflix and Hulu Plus appear more popular with consumers in an age of maturing fast mobile broadband connections and powerful smartphones.

Is TV on a mobile smartphone or tablet a service you will be looking forward to?