After Google had announced last month that it would be removing Microsoft’s Exchange ActiveSync (EAS) support for new users, Microsoft was left stunned as it would have to find workarounds to accommodate users of Google Mail, Google Calendar, and Google Contacts on its Windows RT, Windows 8, and Windows Phone ecosystems. The disruption that Google announced may mean that Microsoft’s hardware customers, including HTC 8X and Nokia Lumia smartphone owners, may get shut out if they aren’t already an existing owner who is grandfathered into Google’s EAS support. After the new year, Microsoft has responded to Google’s action with more words of its own, expressing ‘disappointment’ for that decision and also pledging support behind the IMAP email protocol. 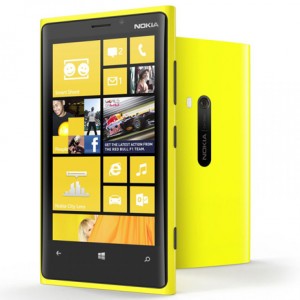 Like many, we are surprised and disappointed that Google wants to make it more difficult for customers to connect their accounts to their devices. If you want better email, especially for your phone or tablet, now is a perfect time to join the millions who have already made the choice to upgrade to Outlook.com. Windows Phone users will still be able to sync their Google email via IMAP.

Though on the surface the move may appear to be a cost-cutting measure for Google, it really is a war of ecosystems between Google and Microsoft. Google, which had earlier publicly stated that it would not release any of its apps or clients for Microsoft’s platform unless the user base grows and demands change, may be compelling users who are on the fence to choose Android over Windows RT tablets or Windows Phone smartphones as push calendar and contact support for Google services would not exist with those devices.

And while IMAP support should work well with Google’s Gmail in Microsoft’s Windows-based ecosystem, the problem is that there is no way for Microsoft hardware customers to sync Google Contacts and Calendar entries at this point. Google is now using the CardDAV and CalDAV protocols for calendar and contact synchronization as it quietly moves away from Exchange.

According to one user of The Verge, Microsoft’s lack of CalDAV and CardDAV support may make it harder for small business users and individuals to manage their calendars and contacts.

I still rely on EAS for syncing Google Calendars though, as its the only way to retain the functionality of inviting contacts to new appointments made on the phone. If you use CalDAV to sync your cendars, you get the advantage of all Calendar colors syncing (and multiple reminders syncing correctly) however there’s no support for inviting contacts to meetings, and it’s fetch only (Push is something I do really need for Calendar changes)).

Until Microsoft adds support for these protocols or until Google releases apps that will help Microsoft customers access Google services, it may become harder for consumers to choose Windows RT, Windows 8, or Windows Phone. Given that Windows RT and Windows Phone still need to prove themselves in the market, Microsoft will need to act fast, but doing so may risk sales of lucrative Exchange server licenses to enterprises.