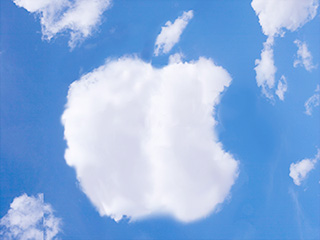 After having announced that the iCloud service will be announced at WWDC, Apple is now rumored to be leveraging its rumored cloud storage and streaming service for movies and TV shows in addition to music.

The iCloud service has long been rumored as a transition to move iTunes to the cloud. The latest speculation has it that the service will mirror songs already on the user’s hard drive, regardless of where the user had acquired the songs, and would not require users to upload content to the cloud like rival services from Amazon Cloud Player or Google Music.

As Apple is said to be nearing completion of negotiating its music deals and partnerships, the iOS-maker is said to be eying the video market with talks with Hollywood studios to allow movies and TV shows to be stored in the cloud and streamed, just like music.

The movie and TV show streaming would be a natural extension of Apple’s cloud-based strategy following music. As movies and TV shows consume more storage space on a user’s device–like an iPad or iPhone–moving that content to the cloud may be even more beneficial to users than music. In addition, streaming high quality videos can potentially be enabled with a good user experience as carriers around the globe explore next-generation 4G LTE technologies, which is being touted by Verizon Wireless as being able to offer 10 times the speeds of 3G. However, as carriers begin to clamp down on wireless broadband data consumption with tiered and metered plans, streaming of video would most likely have to be done with a WiFi connection else a user could risk overage charges.

Apple already currently allows users to download–via purchases or rentals a la carte–of its video library over WiFi or 3G. Video streaming on-demand would also make sense as Apple expands its reach into the living room with the Apple TV as that device lacks a hard drive to store content–Apple TV allows users to either stream what’s on other devices over Air Play or to stream rentals on demand. The potential for video streaming via iCloud can make Apple TV an even more attractive living room companion as it would negate the need to use Air Play and set up local network streaming.