It looks like chip-maker NVIDIA is getting more entrenched in the hardware space with its own branded devices. After the company launched the portable gaming Shield console, NVIDIA is now rumored to be working on its gaming tablet based off its Tegra 5 chipset that will succeed the quad-core Tegra 4.

The Tegra 5 chipset is codenamed Logan at this time. 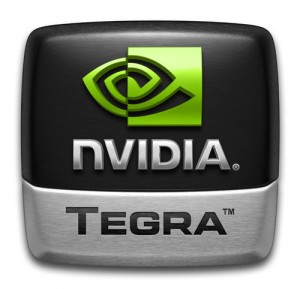 Another potential reason why NVIDIA may be creating its own tablet is to also showcase its ARM-bsaed CPU with its GeForce graphics after many smartphone and tablet manufacturers are switching to chips made by rival companies, such as the Snapdragon 800 from Qualcomm, Mediatek’s low-cost chips, and Exynos 5 octa from Samsung. All these processors use the underlying ARM Holdings architecture.

And while the original Nexus 7 tablet from last year was released with NVIDIA’s Tegra architecture, Google and manufacturing partner ASUS had switched to using Qualcomm’s Snapdragon S4 Pro processor.

Additionally, Intel is also moving forward and making a big push with its Atom-based processors for mobile architectures.

Earlier in the month, German-based Tabtech reported that NVIDIA may be working on a a 7-inch tablet with a Tegra 4 chipset with a 1280 X 800 display that’s rumored to be more affordable.

And more recently, Fudzilla is reporting that a newer premium tablet experience with a Tegra 5 processor may be in development. Given NVIDIA’s gaming-centric focus, this one could help turn NVIDIA into a mobile gaming hardware company.

It’s unclear when NVIDIA may wish to announce this new tablet, but a likely venue may be early January at the Consumer Electronics Show in Las Vegas.