After the Consumer Market Where is the Next Big Tablet Push? 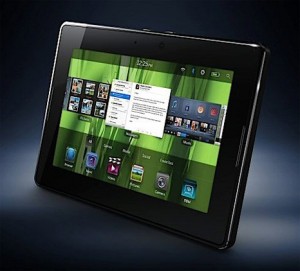 Where's Will Tablets Boom Next?

Like most technologies that finally make it to the mainstream, tablet PCs and the iPad in particular are finding success in large part because they have generated huge amounts of interest from the average consumer. As is often the case, Apple’s first target was the average tech savvy Joe. But, we’re over a year into the tablet push (since the first iPad was released) and with the RIM Playbook now available, we’re entering a new phase in the “tablet boom” – the one where these devices start to infiltrate institutions at rapid speed.

For more than 20 years, technology has gone through a similar cycle – new things would hit the market, the technology would be refined and eventually consumers would get excited. Shortly afterwards, limited adoption in enterprise environments, schools, and other professional circles would pick up and whatever new device had hit the market would surge in sales.

Everyone owns a personal computer, but so too do school districts and corporate computer banks. There are millions upon millions of computers sold directly to institutions because they make everyday activities easier for their users.

Tablets are at that point. While the ecosystem is still evolving and technology is still adapting to provide the kind of infrastructure needed for an Android or Windows 7 device to be viable in schools and businesses, it’s starting to happen. Even with less than stellar (though solid) reviews, the BlackBerry Playbook is a big step forward in this movement.

Android technologies will continue to develop as well, allowing IT departments for corporations and school districts to integrate devices into their technology plans without sacrificing security and content oversight. Schools that now hand out laptops to their students may soon offer tablets (and some are already doing it).

And once that happens, things will pick up even faster – we’ll start to see specialized devices that work for specific industries. We’ll see tablet PCs that are made specifically for reading eBooks and taking notes, tablets built for video conferencing and file sharing, and a growing interest in tablets that provide easy and secure access to medical information in hospitals and clinics.

I’m not stepping out on a limb saying any of this – the obvious next step is to take iPads and Android tablets, Playbooks, and Windows 7 Slates and start integrating them into offices, schools, and hospitals, but I’m excited to see what happens next. Whose technology will prevail in these settings and what innovations will we see to the way the technology is used? No matter what happens, it will be fun to watch!