At the All Things D conference, AT&T CEO Ralph de la Vega announced that the company will eventually move to a shared data plan, otherwise known as a family data plan. Last June, right before the iPhone 4 launched, the carrier had terminated unlimited smartphone data plans. While it still grandfathered in existing customers to unlimited data, new customers were offered a maximum monthly data plan of 2 GB for $25, a $5 savings per month over the older unlimited data plan. 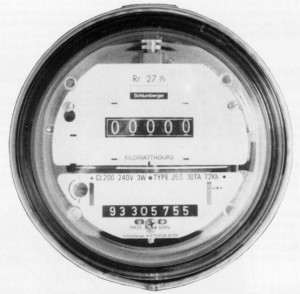 At that time, users were bemoaning the restriction. The media was at a frenzy and phrases like ‘stifling innovation’ were thrown around as users may not feel free to access data anytime they want for fear of going over their monthly allotment, and users may neglect some apps if they are too data intensive. In its defense, AT&T says the majority of its customers consume less than that amount, and it is a fair approach to save the majority of its customers money while only penalizing the heaviest of data hogs.

Introducing Tethering
More recently, after rival Verizon Wireless announced the iPhone 4 for its CDMA network and announced that it would offer WiFi tethering, AT&T followed suit and announced a Data Pro tethering plan, which adds another 2 GB of data to the monthly allotment for an additional $20, bringing a user’s data cap to 4 GB per month shared between tethering and on the phone for a total of $45. As AT&T begins to eye shared data or family data, its metered plans may not suffice the needs of users who are now adding new classes of wirelessly connected devices to their arsenals, from laptops to netbooks and tablets to phones, these devices are increasingly relying on connectivity to perform tasks. Video chatting, movies and music downloads, streaming media, cloud-based collaboration services, document archival and synchronization, and a vast number of tasks and processes are getting shifted to the cloud rather than relying on local storage, making the need for data ever more prevalent.

Shared Family Data
A shared data plan is similar to a family plan for voice. Voice family plans come with a bucket of minutes, for example, that are shared between all the different wireless cellular phone lines under the account. Similarly, a shared or family data plan will come with a bucket of data allotment, perhaps in the GB range, that can be shared across various Internet-enabled products in the account. Those products may include USB modems, MiFi units, tablets, smartbooks, netbooks, notebooks, and smartphones.

Shared data plans were first discussed by Verizon last month at the Reuters technology summit. Verizon is also looking to migrate to a metered plan and away from its unlimited offerings for smartphones. 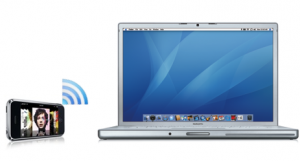 Users in the past have complained that data was not fair under current pricing plans. For instance, even though you pay for data on a smartphone, you can’t use it on a tablet, even if it’s within your monthly allotment. The issue has been less mentioned now that carriers like AT&T and Verizon have begun to offer tethering options, but the cost of tethering is that, at least on AT&T’s network, is that you no longer can have unlimited data. Even grandfathered users under older plans must shift to a metered offering to enjoy tethering, but at least you’re able to share your data with other devices. However, if for instance, you’re using your phone to tether a laptop, and a friend wants to borrow the laptop for a week, they can’t enjoy the laptop using your AT&T smartphone’s wireless connection via the tethering implementation that you had set up.

With shared plans, they potentially can. Now, without signing up for multiple data plans for multiple devices, users can begin to consolidate all their devices–wireless and voice–under one account and one bill. Your laptop can get its own data plan and you won’t need to tether.

However, as networks become faster and more capable, users will find themselves consuming more data, especially if they can now do a lot of things on a lot more devices. AT&T’s 2 GB or even 4 GB limit may not be enough and the carrier may need to begin to offer more affordable plans at higher monthly allotments to appease heavy data users.