It seems ongoing rumors about their being an Alan Wake 2 release for gamers was accurate. In a new interview out this week, video game developer Remedy confirms that Alan Wake 2 is coming to users.

Remedy head Same Lake confirmed that users can expect an Alan Wake 2 release this week in an interview with video game website GameInformer. Remedy developed the first Alan Wake game for Xbox 360 before beginning work on its upcoming game for Xbox One, Quantum Break. The first Alan Wake took the studios years to develop, but that hard work paid off in the experience. Players loved its narrative focused gameplay and mechanics. Alan was a writer struggling to comprehend a dark force that tormented him wherever he went. 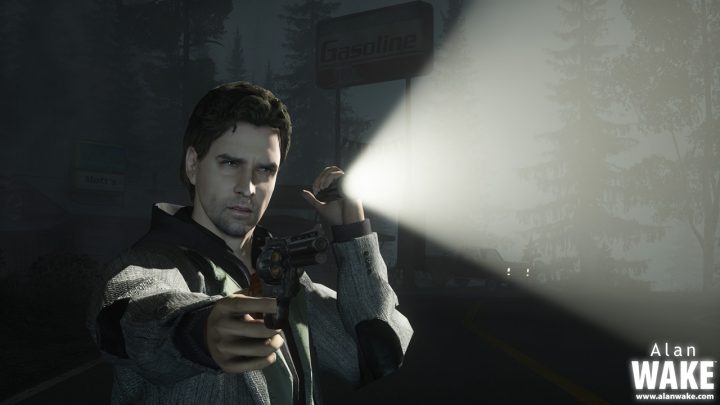 The interview in which Lake confirms an Alan Wake 2 release is happening is fast paced. At breakneck speed, Lake is asked questions by a member of the outlet’s staff. Some of the replies are humorous. Others are pretty serious questions about Remedy’s inspiration for its different games, what’ll happen in Quantum Break and questions about Shawn Ashmore, the actor starring in Quantum Break and its companion series.

“Will we ever get an Alan Wake 2,” asks the interview at one point. Lake pauses for a second, then simply replies, “Yes.” He doesn’t go into any more detail. Presumably, Microsoft Studios will publish this game too, but even that isn’t confirmed.

The original Alan Wake took Remedy five years to develop from concept to release. The hope is that Alan Wake 2 won’t take nearly as long to deliver. It seems the studio struggled with how to deliver the first game. Alan Wake had episodes, with recaps in between each episode. Alan Wake really was an interactive television show in some ways. It’s believed that Microsoft and Remedy originally intended to deliver the game in parts, but scrapped the idea before release. It’s possible that Microsoft and Remedy might try the episodic story idea again, now that delivering games this way is growing in popularity. Minecraft: Story Mode won’t be available completely until 2016. Life Is Strange used episodic delivery and story telling to what many believe were decent sales. Certainly, the game was one of the most talked about releases of this year.

In Alan Wake the darkness is slowly consuming everything. Players follow Alan as he interacts with his wife, agent and people who recognize him from his writing career. Wake and his wife retreat to a cabin to get away from everything. That’s when the Darkness first surfaces. Alan’s primary weapons are a flashlight and a gun. The flashlight weakens the Darkness long enough to give Alan a fighting chance. In fact, any source of light lets Alan deal damage.

The original Alan Wake has a cult following almost. Many users wondered if low sales compared to other Microsoft published exclusives for the Xbox 360 might keep the company from ever introducing a proper follow-up. Remedy did release two pieces of downloadable content for users to purchase for the game separately. Both pieces added more to the story, serving as specials rather than interlocking episodes. Remedy also produced Alan Wake’s American Nightmare. This was an Xbox Live Arcade game that Microsoft only sold through the Xbox Store. It never made it to store shelves and didn’t receive much promotion outside of the Xbox ecosystem. That too added to the mystery surrounding a possible Alan Wake 2 release.

We don’t yet have enough information to even guess at a potential Alan Wake 2 release date. Certainly, the game will be available on Xbox One. It’s also safe to assume that the game will come to Windows at some point since Microsoft is investing heavily in bringing its Xbox ecosystem to PCs running its Windows 10 operating system.