Traveling with a bag full of computers and gadgets can be a real pain. One of the most frustrating things I deal with when traveling is that most hotel rooms simply aren’t set up for guests traveling with multiple computers, cameras and mobile devices. There’s rarely enough AC outlets to plug more than a couple of devices in at a time and accessing the Internet can be a real (and expensive) hassle. 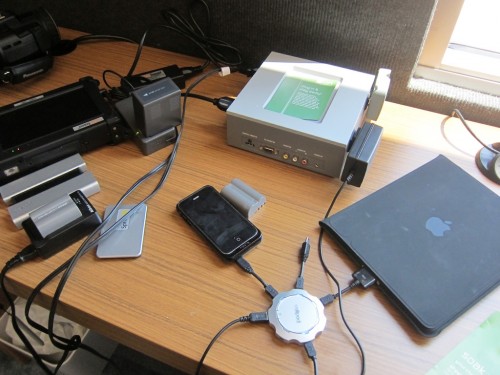 After a long trip from San Francisco to Charlotte (via Houson) on Monday I was pleasantly surprised when I checked into the Aloft hotel. The first thing I noticed when I walked into the room was a power and multimedia hub sitting on the desk. Not only were there four outlets, but they were each pushed to the corners of the cube, allowing me to plug in various adapters without having to cram them every which way. It’s almost as if the guys who built the hotel had actually talked to someone that travelled with more than a single device. 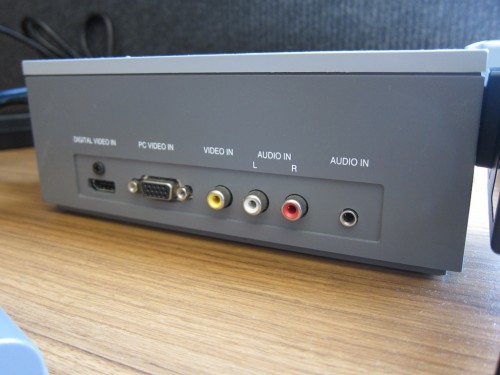 On the front of the hub were several media inputs, including HDMI, RCA, audio and VGA. Guests could use the station to play multimedia content on the 40″ LG LCD mounted on the wall next to the desk. I didn’t have any of the said cables with me, but I really wish I’d bought a VGA adapter for my iPad so I could stream Netflix movies at night. Again, it seemed like the hotel owners realized that times have changed and people like to stream content or just plug in and take a look at their photos and videos they shot while on vacation. 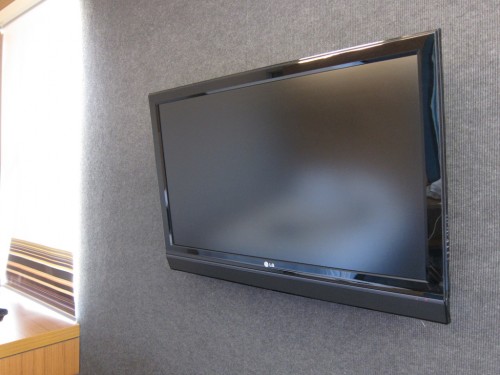 Many hotels have HDTVs that you could theoretically use as an external display with your devices, but AC outlets always seem to be out of reach.

I always bring my Sprint MiFi with me to avoid hotel Wi-Fi surcharges whenever possible.  I was pleasantly surprised to find that Aloft offers complimentary Internet access to as many devices as you like. Guests just need to key in their name and room number on each device.

I think it’s really tacky when nice hotels charge extra for Internet access. I’ve seen per-day charges as high as $35. The worst offender I’ve ever dealt with was a hotel in Florence, Italy that charged for Wi-Fi by the hour. I once stayed in a bed and breakfast that assured me they had free Wi-Fi. They failed to mention that its router was hooked up to a dial-up modem and the property’s only phone line.

I think others hotels need to take a page out of Aloft’s playbook and make life a little easier for us geeks.  For me, a solid Internet connection and plenty of power outlets is more important than amenities like swimming pools and trendy restaurants.