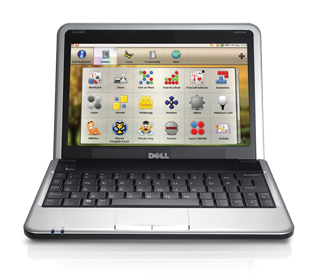 Rather than sticking with Microsoft Windows XP or the updated Windows 7, there are a variety of reasons for checking out alternative operating systems for your netbook.  The benefits of using a few of the following operating systems include being a part of a community of users, regular updates, and running an OS that is specifically tailored for a netbook’s performance, battery life and smaller screen size.  Installing and running these operating systems can be a fun challenge, a great way to strengthen your computer skills and help you obtain greater productivity from your netbook.

There are other, less popular operating systems out there but most lack the support and drivers to be truly painless to install and use.  The best place to gain information about installing, tweaking, or hacking these operating systems often comes from the community forums of fellow netbook users.  I would argue that one of the reasons behind the success of the netbook as a platform is due to the extensive online community support.  Sites like Eeeuser.com for the Asus series of netbooks, MyDellMini.com for the Dell Minis, and MSIWind.net for the MSI Wind netnooks have daily forum postings from folks sharing their experiences.  A simple Google search reveals that there are many of these online communities filled with information from helpful users.

What are your thoughts on alternative operating systems for the netbook platform?  What do you recommend?