Adobe announced a slew of updates and new products for creative photography professionals and enthusiasts including updates to Creative Cloud, a new version of Lightroom mobile that adds the iPhone to the iOS version that already ran on an iPad, and a new photo editing app for the iPad called Photoshop Mix. Add in a new version of Creative Cloud focused on Photographers that lowers the entry price into the Creative Cloud subscription service Adobe introduced last year.

All of these new updates apps become available today from Adobe. We’ve got the highlights about these great new features included in Photoshop CC, the new mobile apps and the new photography-focused subscription service introduced by Adobe. 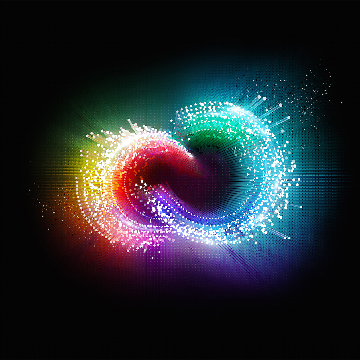 The new version of Photoshop CC included in the updates from Adobe will not cost as much thanks to a new Photography Plan that users can get for $9.99/month. Adobe included the new version of Photoshop CC and an updated Lightroom mobile app that now runs on iPad and iPhone in addition to the computer version. Subscribers will also get a tighter integration between the programs and apps thanks to better cloud computing features and syncing. Finally, there’s an awesome new photo editing app for iPad called Photoshop Mix. 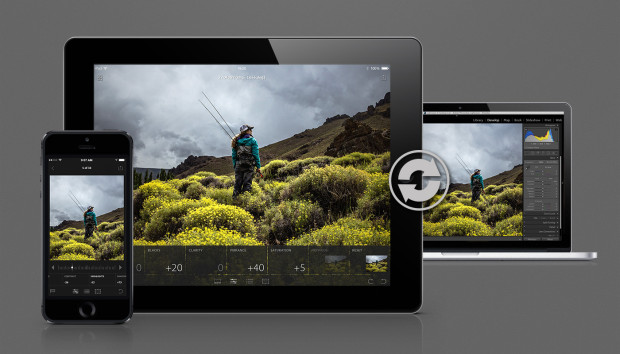 The new Lightroom mobile syncs between iPad, iPhone and computer versions of Lightroom.

Users can learn how to use these programs and apps thanks to Adobe Creative Learn, something also included in the plan. Creative Learn gives users great tutorials on using the new features in their subscription benefits.

The above video from Adobe shows off the new version of Photoshop CC that’s part of both the full Creative Cloud suite and the new Photography Plan. Give it a watch to learn about updated features.

First, we see Perspective Warp, which lets the photo editor adjust the perspective of a part of the image without changing the area around that spot. There’s also awesome new Blur Gallery motion effects in the filters menu that lets editors add a Path Blur along a line in the image that the editor specifies by dragging across the photo. Another part of the Blur Gallery includes Spin Blur. Suppose a photo includes something that spins very fast like a wheel or an old vinyl record. This new Spin Blur lets the user not only add a circular blur, but they can also edit the shape and path of the blur. Watch the video above for a demo of how this works. The effect results in a more dynamic looking photo which tells a better story than a static shot of a record.

These changes now happen faster thanks to a faster rendering engine. It’s like getting an updated computer without buying new hardware.

A third new feature called Focus Mask automatically select the area of the image that’s in focus and lets editors pump up the blur of the rest of the shot. Use this to focus attention in a shot on a specific element or a person in a portrait. Increase the depth of field in the shot to better grab attention.

Content Aware Fill, Move and Patch got an upgrade so that it now better samples the area behind the object or element that the editor wants to remove, move or fix. Adobe also added better stylus support for Windows 8.1 users on a tablet.

A new mobile app called Photoshop Mix brings some of the powerful computer version of Photoshop CC to the iPad. 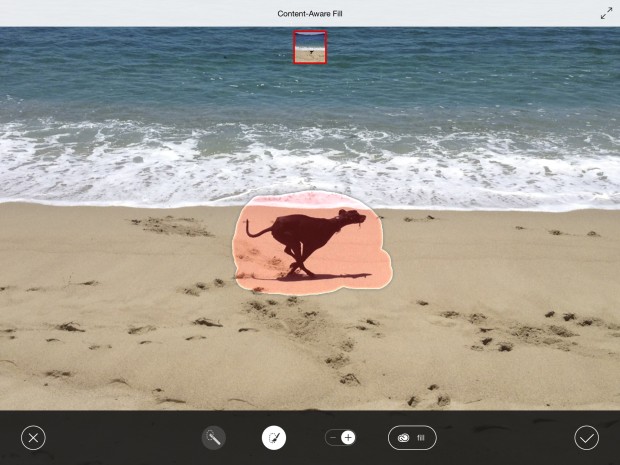 Compare the above shot where the editor selects the dog on the beach by painting over it. Notice how the person added a boat and moved the dog. 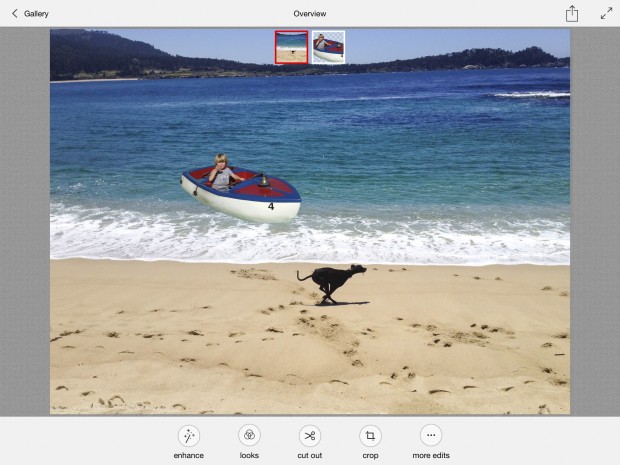 Photoshop Mix looked amazing in the demo Adobe gave us. It handles editing photos and works seamlessly with the mobile version of Lightroom to sync photos in collections. Features include: 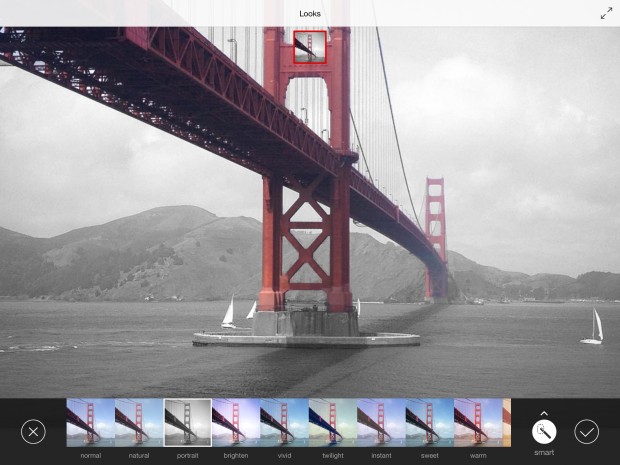 The person who showed it off to us said that it gives us more of the features of Photoshop for the computer but on an iPad. If it performs as demonstrated, then he’s right.

Photoshop Mix (free) and Lightroom mobile will automatically import the iOS Camera Roll and upload them to the Creative Cloud. This lets photographers and photo editors access the images on all of their devices and both computers connected to their Creative Cloud account. The computer version of Lightroom also automatically syncs with the mobile version. Imagine taking nice shots on an iPhone 5s. Tagging and rating the on the iPad and then opening Lightroom on a Mac and editing the shots. Then grab an iPad and do some finer edits using Photoshop Mix and finally upload those shots to Instagram, Facebook or share them to Twitter using the iPhone again. 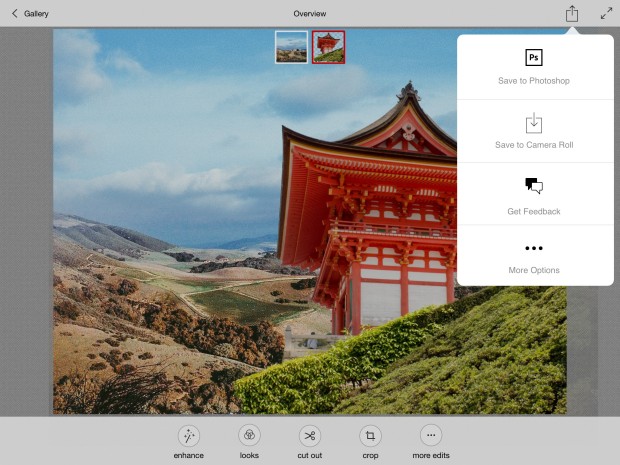 Photoshop Mix comes free, but to get the most out of it a user will want to subscribe to either the full Creative Cloud suite which costs $50/month or the new Photography Plan for $10/month. Students and educators can get a discount on the full suite for $30/month.

These apps only work on iOS 7 and iOS 8 when it launches this fall. The apps also only work on Retina Display devices. This includes … 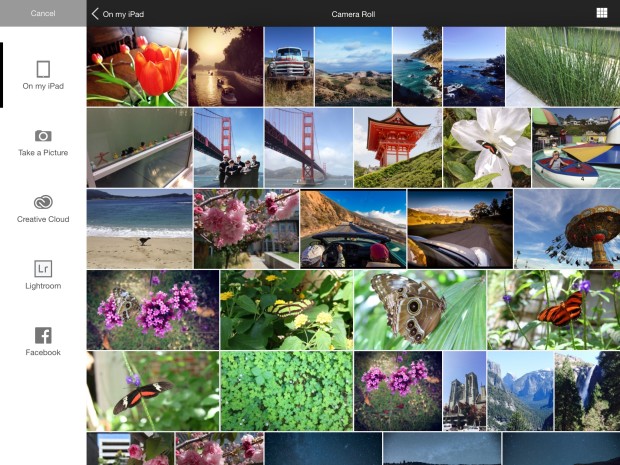 Photoshop Mix doesn’t replace Photoshop Touch, but instead appeals to a broader audience. Touch tried to mimic Photoshop on the iPad whereas Photoshop Mix takes advantage of the touchscreen display to give editors a better experience.

Photoshop Mix will only work on iOS for now, but they hope to ship an Android version later this year. It doesn’t work with RAW images yet either.

A new Creative SDK will let third-party developers take advantage of some of these new tools in their apps. We look forward to new apps integrating the cool features from these updated and new Adobe mobile apps.