It now appears as if Amazon really is poised to launch the Amazon 3D Smartphone like previous rumors said it would.

Today, Amazon began allowing absolutely anyone to apply for invites for a launch event that’ll be taking place on June 18th. Amazon first posted a link to the sign ups page on its Twitter account earlier this afternoon along with a tweet asking users to “Join Amazon’s founder Jeff Bezos for our launch event.”

Amazon doesn’t exactly spell out what it plans on launching but an included video in that tweet and on the invitation website make it clear that its related to a device. Throughout the video normal users are seen looking down at what appears to be a smartphone in the palm of their hands. 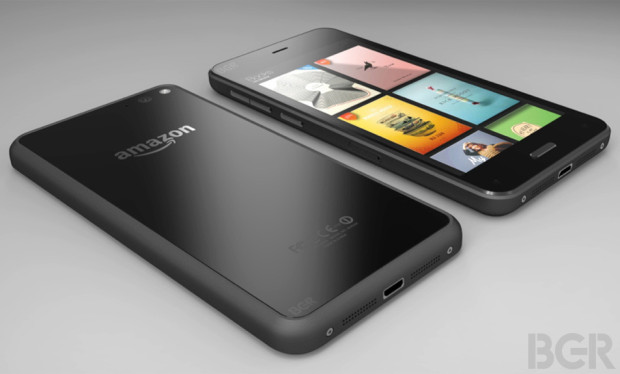 Each one has something to say about what they’re looking at like “that is awesome.” A few users in the video actually move their head from side to side while looking down at whatever they’re holding off camera, further hinting at some kind of 3D display technology that adjusts based on the angle it’s being used at.

Early last month reports from the Boy Genuis Report & the Wall Street Journal indicated that Amazon had plans to introduce a smartphone with 3D display technology. BGR’s report didn’t just include a few sordid details about the upcoming smartphone but also included 3D renders of a smartphone with angles and lines that match previous Amazon Kindles and the Kindle Fire TV. It also included a micro-USB port, a rear-facing camera, two speakers that match the positions of the iPhone 5s’ speakers and an ear piece above the display.

According to the Wall Street Journal the Amazon 3D smartphone will use multiple sensors and front facing cameras to track the user’s retinas, making everything on the screen appear as if it was a hologram. Whereas the iPhone 5s relies on users to pinch photos to zoom in and out, the Amazon 3D Smartphone will simply allow users to move their phone closer to their face to zoom in.

In theory, Amazon is betting big on natural user interfaces based on face tracking being useful. Being able to do things with devices with body gestures and movies has become big lately. Microsoft’s Kinect 2 and original Kinect 2 sensor were meant to bring this kind of interactionn to the Xbox One and Xbox 360. Apple’s Siri voice assistant is also a perfect manifestation of natural user interface principles.

Reportedly, the Amazon 3D Smartphone will include a 4.7-inch high-definition display, a Qualcomm Snapdragon processor and 2GB of RAM. We don’t yet know what software the device will run, but it’s hard not to assume that Amazon wouldn’t keep using the forked version of Android that it’s made for tablets, e-readers and the Fire TV. Ironically, Amazon already curates its own Android app store. Today, Android users have to install it separately and then grant it permission to install apps on their Android phones and tablets.

We don’t yet know anything about pricing. With the Kindle Fire line of tablets Amazon aimed to produce the lowest priced tablet available on the market and then recoup its money on content sold to users. It would make sense that Amazon would do that here too, especially since users can now pick up pretty decent Android Phones and Windows Phones for around $100 to $200 bucks without a two-year service agreement.

It might seem as if Amazon is going off the rails by launching its own smartphone, but it makes sense if you follow the company’s logic. It has its roots as an online seller of physical goods, but Amazon quickly moved into selling digital goods too. Today it sells music, television shows, apps and eBooks. It would be ridiculous for the company to not try its hand at being user’s complete solution for those things. That’s especially true since smartphones continue to dominate the mobile computing landscape.