Over the weekend Amazon updated its Amazon Cloud Player so that it can work a little better with an iOS device like the iPad or iPhone.  It is still not as good as the Android native app, but at least users can access their playlists and play them from Safari or another iOS browser. 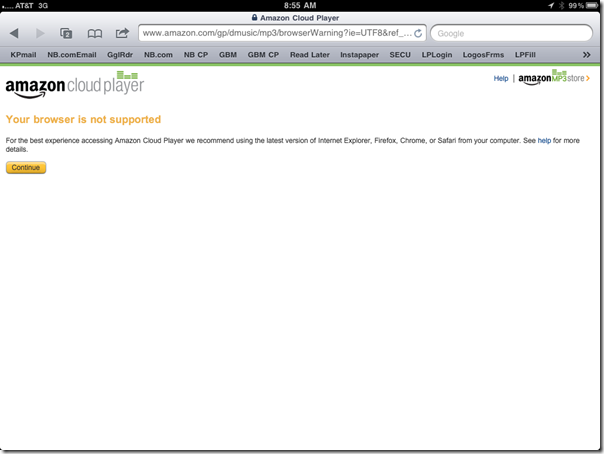 When you first go to the site from an iOS device you will get a warning like the one above that we received when we used an iPad 2. Hit continue and it works. Prior to this weekend, the only way to make it work was to select the artist/album from the left side navigation controls and then actually download the song to get it to start playing. Now you can just tap the song or album and it will start streaming. The navigation controls in the left work as well. Again, it is not as good as the Android app, but you can now play your music streaming from the Amazon Cloud Player website. 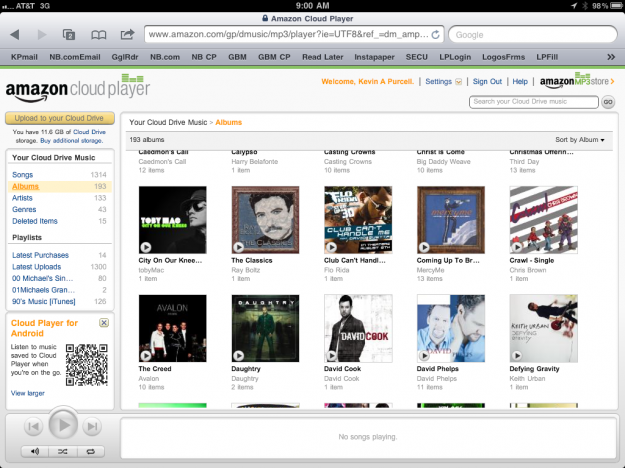 We have doubts that Apple will ever let Amazon submit and have approved an iOS app. We do have hopes that Apple will offer a similar service soon, but until they do this is a decent alternative. A better one is the music and media player built into SugarSync, which we recently reviewed and found to be very useful for streaming any media synced with the service.