The Amazon Echo looks like one of the hundred cylindrical speakers that litters the big box stores and Amazon’s electronics section, but it’s so much more than that. The Amazon Echo streams music, news, weather, sports scores and searches the Internet. It’s also a buying assistant, a personal information assistant that will tell the user what appointments she’s got scheduled and will track shopping lists. You can also go further with some other cool services that now work with the Echo, like home automation devices and IFTTT. 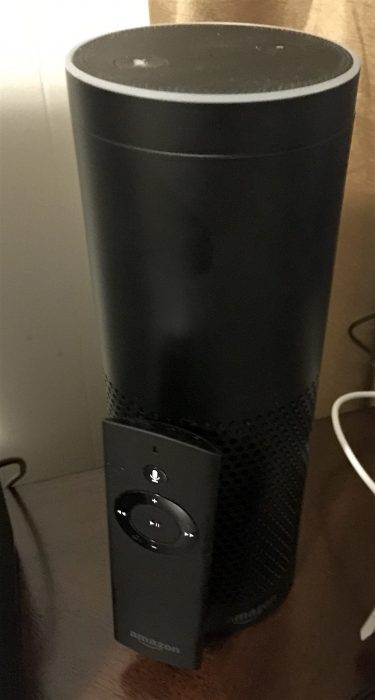 Unfortunately for Amazon, the Amazon Echo does a lot, but the physical product limits the usefulness of the intelligent functionality and voice recognition built into the software. That’s because Amazon Echo needs an AC outlet and a flat surface on your night stand, kitchen counter or dresser. Amazon wants others to add their Amazon Echo functions other manufacturer’s devices and developer’s software now that they released the API.

The [amazon_link id=”B00X4WHP5E” target=”_blank” ]Amazon Echo[/amazon_link] ($179.99) responds to voice commands with incredible accuracy. The Echo seldom misses what the user says so long as the user speaks facing the Amazon Echo. The companion app will show the user what the Echo thought the person said. It only missed my voice commands and search a couple of times and one of those was likely user error. 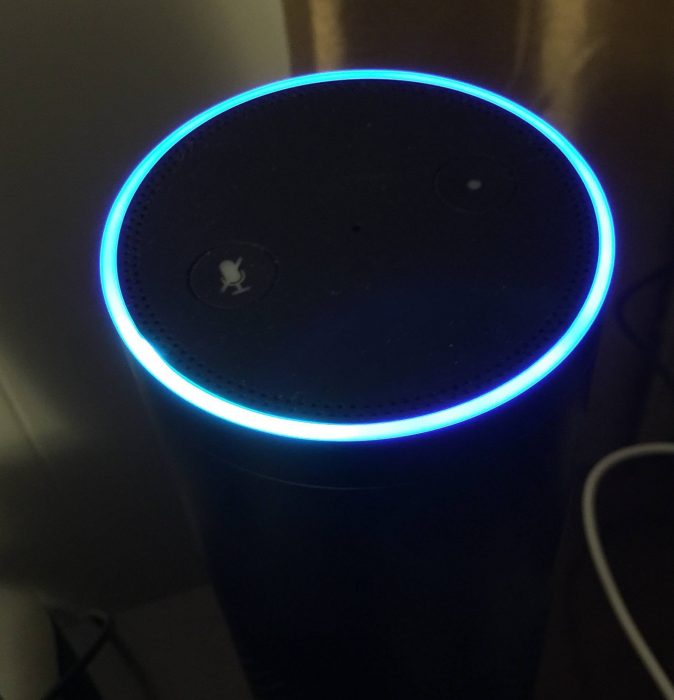 The blue ring indicates that the Amazon Echo is listening after the user says Alexxa.

To make the Amazon Echo respond, start with the voice command Alexa. Say, “Alexa. Play Boston Third Stage” and it will start streaming the album from the user’s Amazon Music. The Echo also will stream music from streaming services like Tune In, Prime Music and iHeartRadio. 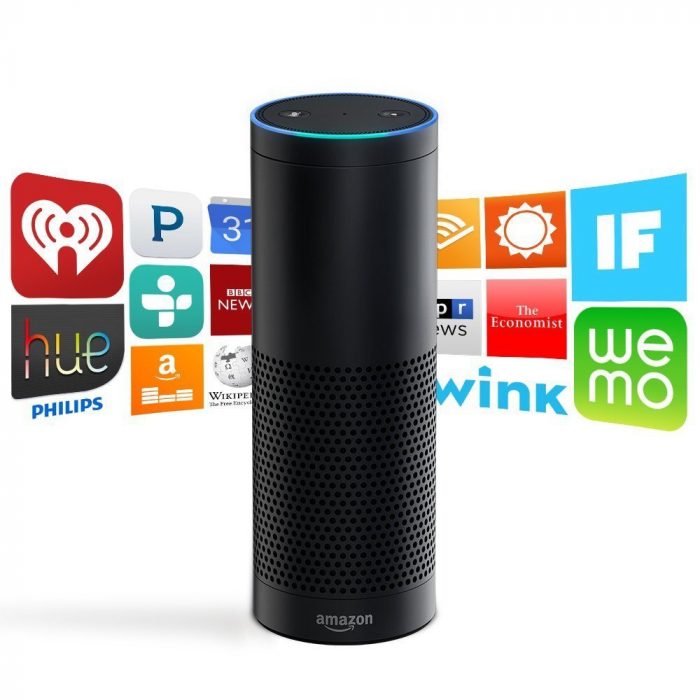 Look at this list of other functions that the device will handle via voice (from Amazon’s website): 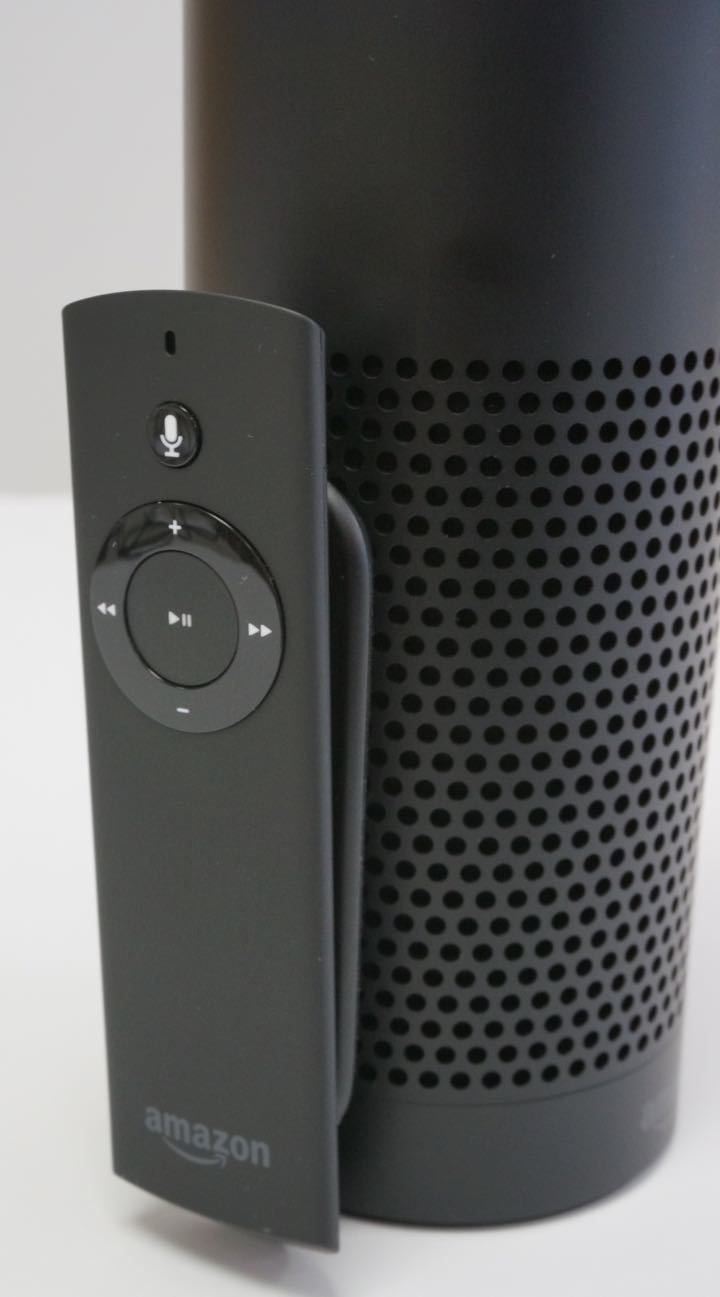 The included Amazon Echo remote also handles voice commands. That’s great for those time when the person wants to interact with Amazon Echo, but they’re not close enough or the room’s a little louder and the person needs to get the mic closer to their mouth. This also works great.

Waking up to the Echo alarm and asking for the current weather, the day’s agenda and a news briefing becomes addictive. Using it to stream music and audiobooks also makes the Echo an awesome tool. 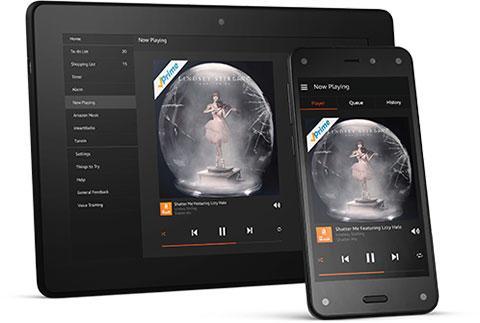 The app that the user installs on their Android device iPhone/iPad, or Kindle Fire phone/tablet adds another dimension. The app will keep track of all the voice searches and commands. This makes it easy to go back and find the information found via a voice search or track answers. The user can also help improve the Echo by reporting when the Echo failed to recognize the user’s voice accurately.

Amazon nailed the voice features. That’s why I want I can’t wait to see how developers integrate the Amazon Echo API into other apps or devices. 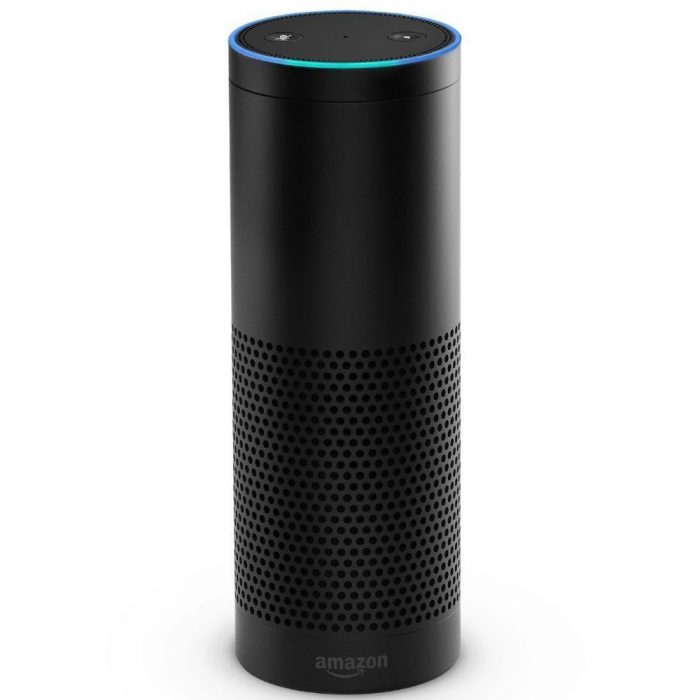 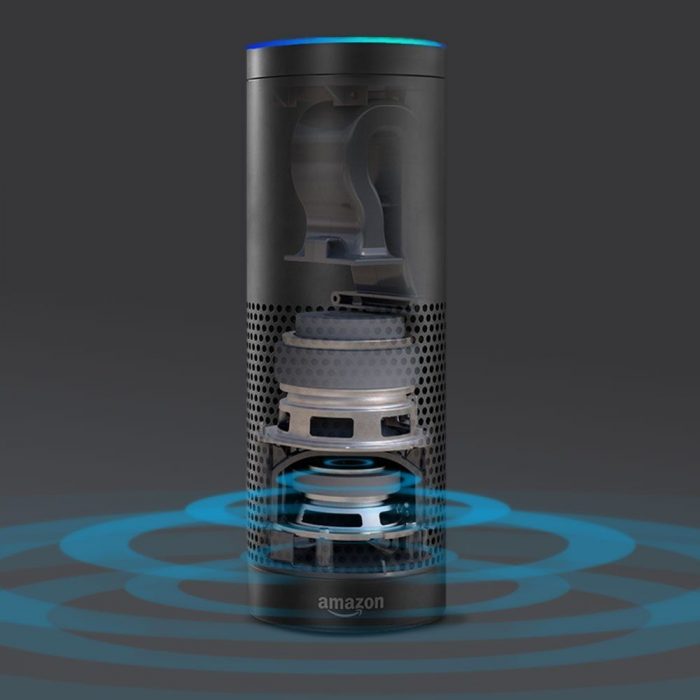 Around the top there’s an array of 7 microphones that pick up voice searches and commands. On top, two buttons control the functions manually. One mutes the microphones and the Action button manually wakes the device, making it ready to listen for voice. 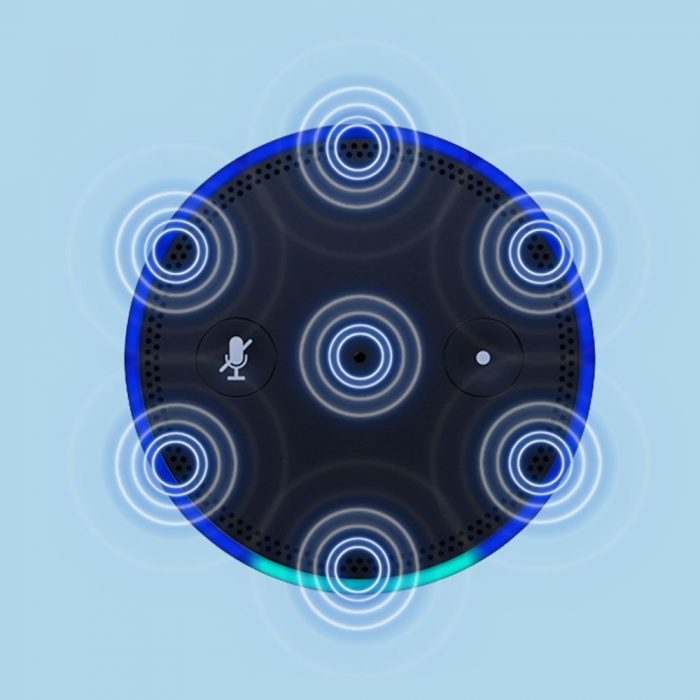 The Echo connects using Bluetooth and dual-antenna Wi-Fi supporting 802.11 a/b/g/n and Bluetooth 4.0. The Wi-Fi connects to the Internet while Bluetooth lets users stream media from their phone, tablet or computer to the speakers in the Amazon Echo.

Amazon included a remote control in the box that fastens to the side of the Amazon Echo with a magnetic mount. The magnet’s a bit weak and the remote falls off easily. 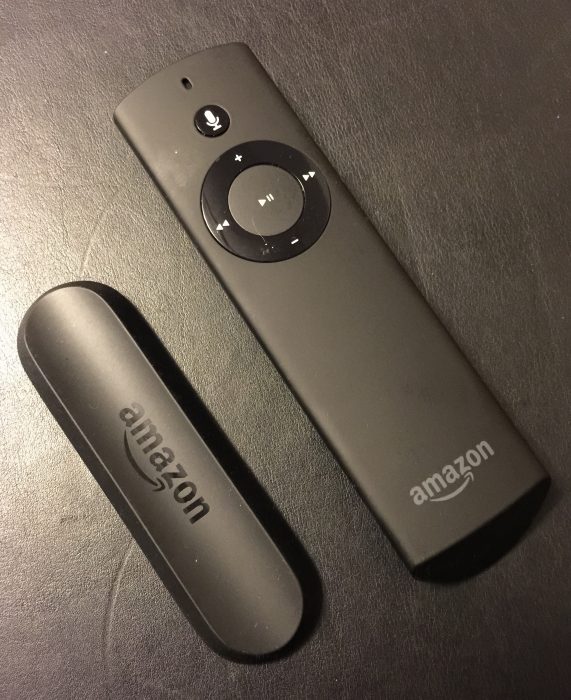 Use the remote to do voice searches or issue voice commands to the Amazon Echo when the Echo’s too far away. People with small rooms won’t really need it. In an open concept house it will become more useful.

The voice search from both the remote and the Echo directly works incredibly well. The speaker sounds good, but not great.

A $179.99 speaker of this quality costs too much, but add the voice command features and the Amazon Echo becomes a better value. I’m torn between the amazon quality of the voice feature and cool uses of the Amazon Echo. I can find out simple facts, get an update on the day’s weather or news, find out who won games played the night before and stream some music.

However, the Amazon Echo costs too much to buy more than one and you really need one in different rooms around the house. In the living room or office the user might want to listen to music. She also might want one in the kitchen while doing dishes or fixing breakfast. She may need one next to her computer while she’s working. Putting the Echo features in a car would make it the best car stereo with the information it can already give users plus things like directions. If Amazon built it into their Fire phone it might have succeeded instead of failing so miserably. And Amazon should really add Alexa into the Fire tablet software.