Amazon has been rumored to be working on a smartphone for some time now. To add a smartphone to its collection of devices, which include Kindle readers, Kindle Tablets and now the new Fire TV, Amazon would have to work hard to distinguish itself and compete in a smartphone market dominated by Apple and Samsung and other competitors trying to grab their own place. According to a report from the Wall St. Journal, Amazon is heading forward with its plans and the distinguishing factor may be a 3D like display. 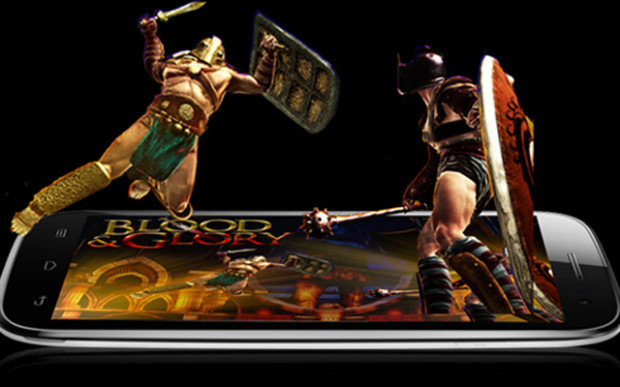 The Wall St. Journal reports that Amazon has been showing off a smartphone to developers in San Francisco and Seattle over the last several weeks. Amazon has been bringing those it wants in the know to hotel suites watched over by security guards. Amazon is aiming for a June announcement for the new product, with a potential ship date in September in order to be ready for the all important holiday rush. If that comes to be, you can be sure Amazon.com will be filled with all sorts of hype about the new gadget. Assuming it comes to be. The Wall St. Journal report also hedges a bit by saying that Amazon could change its launch plans due to a number of issues.

Using 3D display technology is a head scratcher though. Smartphones with that technology were a small rage in 2010 and 2011. To call them a small rage is actually being generous. That idea quickly faded away when it didn’t catch on. Here’s a link to a list of 3D smartphones that were announced. Some of them actually made it to market. Is Amazon banking on improved technology and innovation to push a 3D smartphone back into the public’s eye and perhaps create some demand? Or will it just be a gimmick?

According to the Wall St. Journal, those who have seen the smartphone that Amazon is shopping around say that it contains four front facing cameras or sensors with retina-tracking capability to make some images appear three dimensional, almost like a hologram. Calling up Obi-Wan Kenobi comes to mind, but I don’t think that’s the force Amazon is counting on.

The combined technology is being described by people who have seen it demonstrated as having the ability to sense the movement of a user’s eyes and tell when that user is moving the smartphone closer or farther away from his or her face. As the sensors respond, the phone will automatically zoom into or away from images. It is also being described as having the potential capability to manipulate text in addition to images. All of this supposedly is possible without the use of any form of additional 3D glasses.

Of course a front facing camera bundle to display that technology would also imply some sort of 3D capable camera to take three dimensional pictures. Unless this is intended purely as a gimmick to manipulate existing photography, video or games.

Gaming obviously would be a prime reason to try and make this kind of technology work, given the immersive like experiences that some games can offer. Amazon has recently made a larger play into the gaming market with the release of the Amazon Fire TV and a separate game controller. With that foray into the TV set top market, Amazon is promising to increase its inventory of games for the Amazon Fire TV as the number of titles at launch were somewhat sparse.

Amazon released one new game title specifically for the Fire TV called SEV Zero. This comes from the newly minted Amazon Game Studios, which shows that the Amazon has interest in developing its own games. Curiously though, Amazon’s Fire TV marketing does indeed feature gaming as a part of the action. But it is not being touted necessarily as a killer feature. Perhaps that is because of a lack of good content currently.

If this addition to a 3D smartphone comes to be, it would seem logical that gaming would be the arena for content developers to play in. It is difficult to imagine that video content owners(movies and TV) would ship special versions for what would be a single phone with 3D capabilities.

What’s the upside for Amazon? As it is with all of its hardware products, it would be to gain customers who will shop in its various stores. Amazon’s well known model isn’t to make profits off of selling the hardware. Instead it seeks to attract users through its readers, tablets, and now a TV appliance. Users who will purchase content and goods from Amazon’s catalog.

The risk though seems greater than introducing a new set top box like the Fire TV. 3D technology, while still attractive to some in movie theaters has lost quite a bit of its luster due to higher prices and more often than not poor and inferior product. The same can be said for 3D TV. As mentioned previously, the earlier wave of 3D capable smartphones came and went.

No pricing is being speculated on at this point and that’s probably a good thing. That dimension added to these speculative reports might be one more than we can handle right now.