At the Kindle Fire unveiling, Amazon execs were quite clear that no sideloading of apps would be allowed on the device even though it is Android. This wasn’t a big surprise. They’d clearly modeled the Fire after the Nook Color, which has the same restriction unless you root it.

However, Mashable’s Christina Warren discovered that Amazon didn’t hide all of Android settings. She was able to load some non-Amazon store apps onto the Fire, including the Nook app. Score.

In Android there’s a setting labeled “Allow Installation of Applications From Unknown Sources” which grants you the ability to sideload apps. Sideloading is just a fancy term for installing apps from somewhere other than the Android Market, be it from your local storage or SD card, email, or from third-party app stores.

On Android phones and tablets, you need to check this box to install the Amazon app store, ironically. 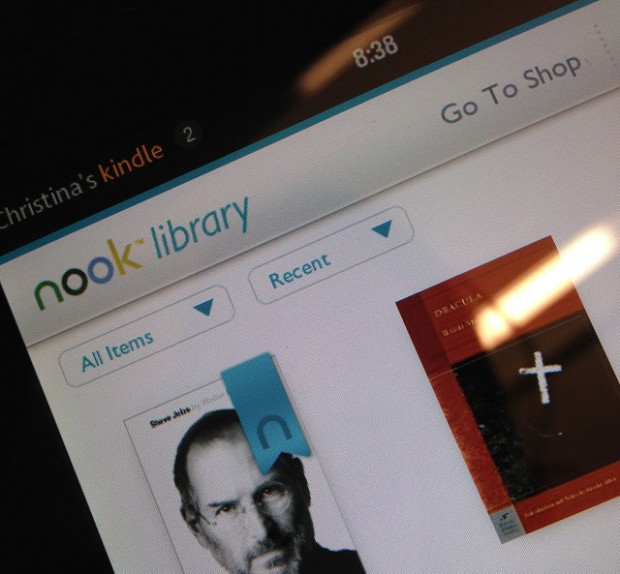 The setting is hidden on the Nook Color and one would have assumed on the Fire as well. But no, there it was under Devices, so Warren checked it and was able to get the GetJar app store app loaded. Once she did that, she set about trying to download and install apps. Some didn’t work, but one that did is a doozy: Barnes & Noble’s Android Nook app.

Let me stress again: this does not require rooting the Fire or anything really technical. You’d have to be savvy to find the setting in the first place and you have to understand how to sideload and do some dancing to get GetJar to do what you want. But overall this is something almost anyone could do. And it doesn’t void warranties or bring a risk of bricking.

I’m not completely sold on the Kindle Fire, but I am aware of how cool it would be to read both Kindle and Nook books on the device.

The Nook app also has a sweet feature where it will find compatible eBook files that aren’t from B&N and pull them into the app. It won’t grab Kindle books, but if you buy or  download from SmashWords, Project Gutenberg, or WebScription.net it can add those to your library.