Unfortunately, (unless I’m missing something) it’s nigh on near impossible to find the list of $.10 Apps on the Kindle Fire. Which means you need to download the version on the web and have it sent to your Kindle Fire. Note also that many of these Apps are listed as Android Apps and only one in the list I see says Kindle Fire edition. Most of the non Kindle Fire versions may work just fine (hey, it’s only a dime, right), but Apps optimized for the Kindle Fire obviously perform much better on that device. I’ve actually downloaded a few Apps that don’t work on the Fire, but have later seen updates that make them work on that device. A Charlie Brown Christmas is one of those.

I imagine Amazon will come around to this at some point, given how new the Kindle Fire is. 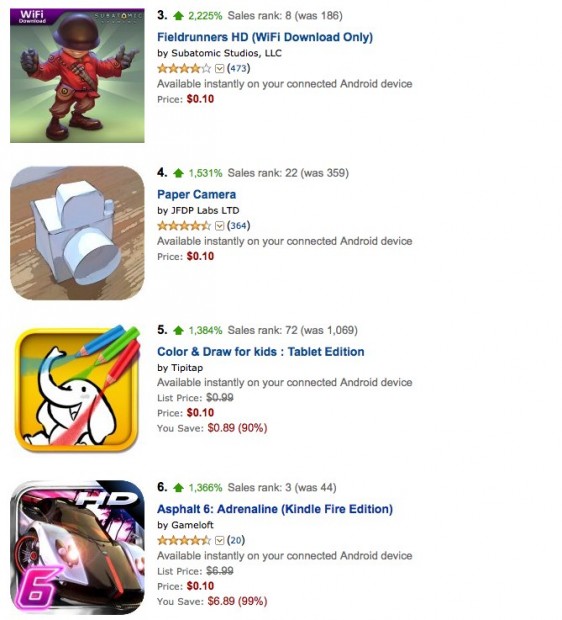