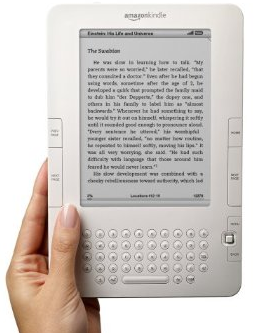 The big Amazon Kindle 2 press conference is going on right now – but you can go ahead and order yours now for $359. They start shipping on February 24. Original Kindle owners get first priority, too, if they order by midnight PST February 10th!