Photos of the rumored next-generation Kindle Fire HD have leaked out, and they reveal a close up of the exterior of the new tablet. Granted, it simply looks like an all-black slab of matter in the provided photos, but nonetheless, we get to see some of the design changes that Amazon decided to make with their Kindle Fire lineup.

Boy Genius Report was able to get some snapshots of the new tablet in 7-inch form, but unfortunately we don’t get to see everything; it’s not turned on and the back of the tablet seems to be covered up with a black sheet that looks to be Photoshopped in. However, we still get to see the edges on the back, which reveal a power button placed on the back toward the edge, where uses will be able to reach it with the tips of their fingers. 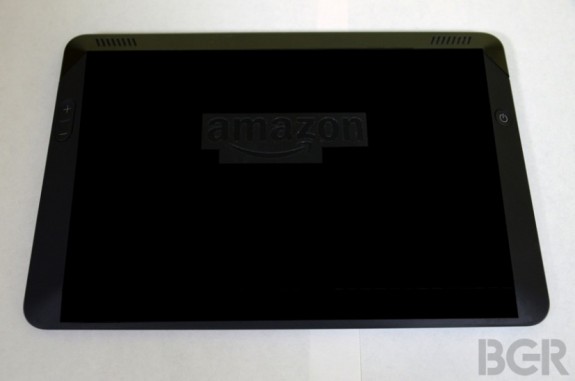 There also appears to be stereo speakers placed on either side at the top of the tablet, also located on the back edge. Volume buttons are placed just opposite of the power button on the other side as well.

BGR says that an 8.9-inch version will be available as well, and it will look practically identical to the 7-inch version, but the 8.9-incher will sport an impressive 2560×1600 display as well as an 8-megapixel camera on the back. 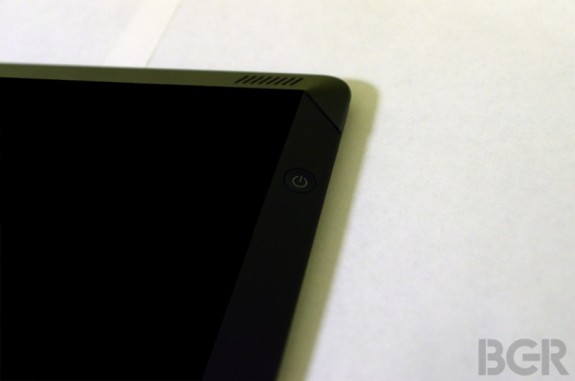 The updated 8.9-inch model is said to feature nearly identical specs beneath its 2,560 x 1,600-pixel high-definition display, and it also includes an 8-megapixel rear camera, while the 7-inch model will come with a 1920×1200 display. Both are said to come packing a quad-core Qualcomm Snapdragon 800 processor clocked at over 2GHz, 2GB of RAM, Android 4.2.2 Jelly Bean, and either 16GB, 32GB or 64GB storage options.

Read: Will the Next Kindle Fire HD 2 Be a Nexus 7 Competitor?

As for release details, it was rumored back in July that we would see new Kindle Fires either in August or September. There’s still time for Amazon to announced new devices this much, but that rumored release window is closing in. Obviously, there’s still plenty of time before the holiday shopping season begins, so it’s possible that Amazon could wait all the way until November to announced new Kindle Fire tablets, and we wouldn’t be too surprised if they did so, but Amazon launched the Kindle Fire HD 7-inch in September of last year, with the 8.9-inch model launching in November, so we’d think they would want to keep to a similar schedule this year.