Today Amazon announced its successor to the Kindle Touch and competitor to the Barnes & Noble Nook Simple Touch With GlowLight. Both devices use front-lit e-ink displays, but how the two devices compare to one another?

Both devices has similar features, but come in at different prices and have different ecosystems. Amazon took a bit longer to come to market with its front-lit eReader, but that doesn’t mean it’s necessarily better than the Barnes & Noble Nook Simple Touch with GlowLight. It simply means the two companies work on different upgrade schedules. 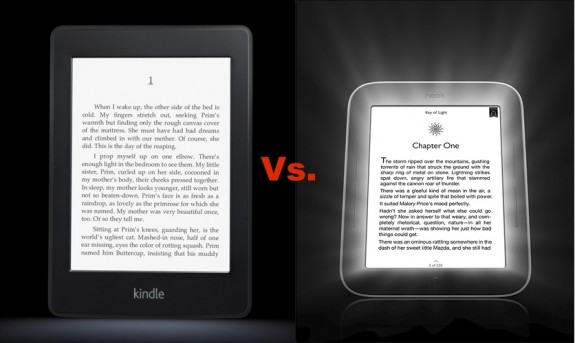 Amazon’s new Kindle Paperwhite uses a new display that Amazon had to develop itself. Like the Kindle, Amazon calls the display a Paperwhite display. It has a higher contrast ratio than the E-Ink Pearl display in the Kindle Touch and other Kindles. The new display also has a 212 ppi density, Amazon won’t give the exact resolution, but it is higher than the 800×600 resolution on previous Kindles.

The Barnes & Noble Nook Simple Touch with GlowLight was the first eReader with a front-lit display, but it uses the same display as most older eReaders. The GlowLight display has a resolution of 800×600 with 16-level grayscale. Simply put, the display is the same as the last generation Kindle Touch, which makes it inferior to the Paperwhite display. 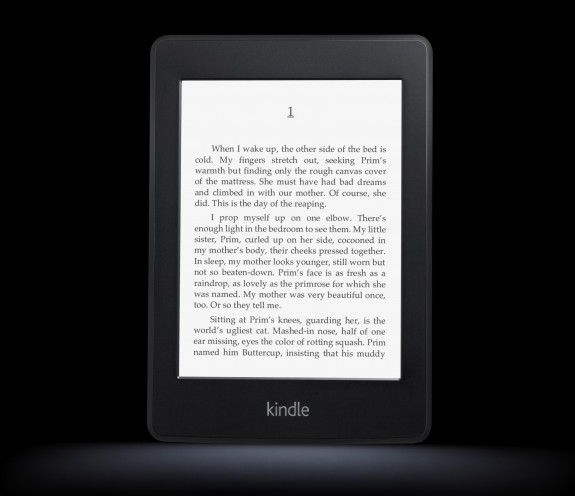 Amazon and Barnes & Noble take very different approaches to how users interact with the hardware on their devices. On the Kindle Paperwhite Amazon did away with the only button on the Kindle Touch, the home button, and kept it super thin. Amazon wants users to use touch for all interactions, and seems to think thinner, lighter devices are easier to hold.

Barnes & Noble does use a touchscreen in the Nook Simple Touch with GlowLight, but it also lets users interact with the device via buttons on either side of the screen. With the buttons users can page forward or back without putting their fingers on the display. The back of the Nook Simple Touch with GlowLight gives it an easy grip. It’s not as thin as the Kindle, but it is arguably easier to hold for long periods of time. 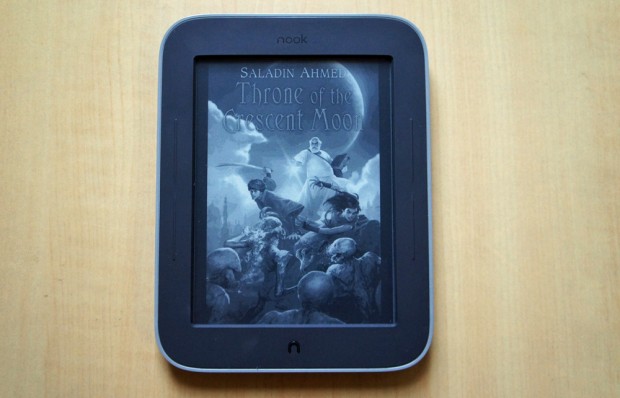 The books and other media available to users are incredibly important for eReaders. Amazon has a large selection of books including most New York Times best sellers. It also has Kindle Singles and Kindle Direct Publishing for shorter and independent books. These books are where the difference is between the two devices. Many independent authors choose to go with Amazon because of its popularity. Amazon Prime users can also get one book for free a month, only a few worthwhile books are available, but it’s a feature that’s exclusive to Amazon. 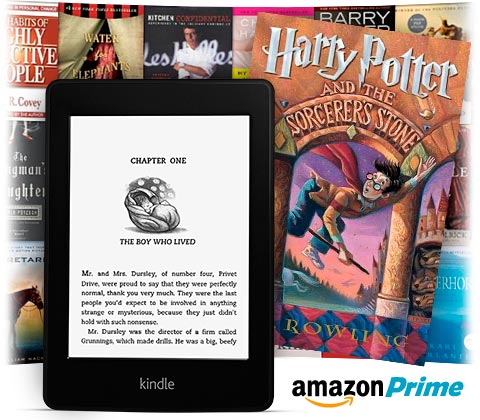 Barnes & Noble still has a large selection of popular books for its Nook devices, but it doesn’t seem to have nearly as many independent books. Well-known authors will offer their books to Nook users, but less known writers tend to skip the platform or release their books on the service after they’re released in the Amazon store.

Amazon undercuts Barnes & Noble with the Kindle Paperwhite with Wi-Fi by offering it for just $119. That model comes with Special Offers, however, and the version with no ads costs $139. Amazon also has a 3G model for $179 with Special Offers or $199 without.

The Barnes & Noble Nook Simple Touch with GlowLight only has one model without ads, and it costs $139. That’s the same price as the Paperwhite without ads.

The Kindle Paperwhite and Nook Simple Touch With GlowLight each bring different benefits to the table, and for users looking to upgrade the decision may be as simple as which device is in their hands now. New shoppers should compare their favorite books and ask themselves if they need mobile connectivity.

We expect the Kindle Paperwhite will be available in retails stores in a few weeks so you can make your own judgement on display quality.